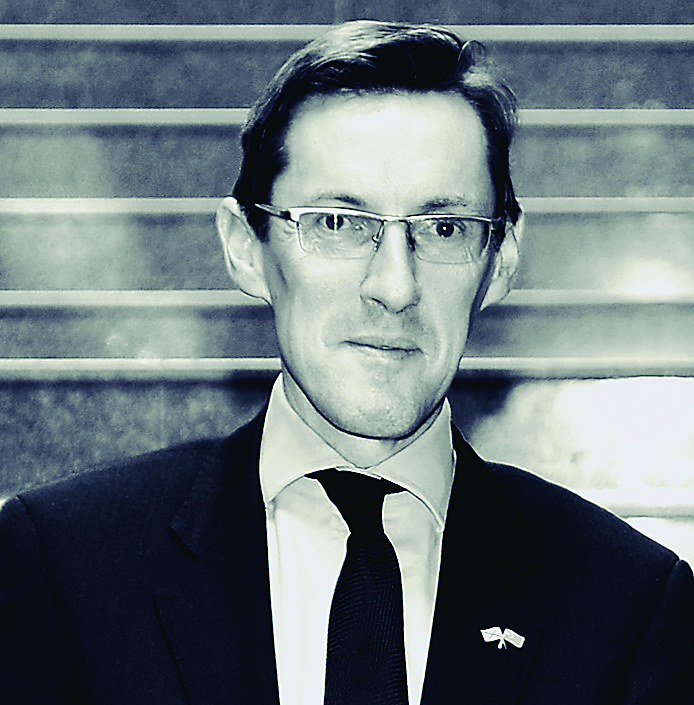 The Channel Island of Jersey is probably best known in the UAE as a leading independent finance centre. This reputation rests on more than a decade of political and commercial engagement and, latterly, the excellent work of Jersey Finance’s office in Abu Dhabi. However, in recent years Jersey has expanded its relationship with the UAE, in particular, beyond financial services.

During the past two years, senior ministers, including myself, my Treasury Minister, Senator Philip Ozouf, and my External Relations Minister, Senator Sir Philip Bailhache, have all visited the Emirates. A common theme during our meetings has been discussion of our respective governments’ strategies for economic diversification. Both Jersey and the UAE have worked hard to develop their own strategic economic visions for the coming decades, and we are now beginning to see opportunities for us to work together in new sectors.

The most recent example of this came during Senator Bailhache’s visit in November last year, when he visited the Al Ain Zoo. This impressive institution has now concluded an agreement on education and training with the Durrell Wildlife Conservation Trust, which runs Jersey’s own centre of excellence in animal protection and conservation.

During my own visit to Abu Dhabi and Dubai in April last year, discussions ranged from financial services to international development, renewable energy, education and knowledge transfer.

Also attracting attention is the registration of international oil companies in Jersey. Currently, we have Petrofac and Petrofac Emirates registered in the island, both of which are major operators in the Emirati oil industry. In the broader Middle East and North Africa, MENA, region, Genel Energy, which operates in Iraqi Kurdistan in partnership with DNO, a company whose largest shareholder is RAK Petroleum, is also Jersey-registered. Heritage Oil, another well-known company in the region, is also registered in the island, as is Morocco-focussed Longreach Oil and Gas. A number of other London-based oil companies make use of Jersey’s finance industry to structure their borrowing.

As our expertise in this area grows, Jersey will become an increasingly natural choice for key operators in the oil industry who are looking to register their companies in a jurisdiction that offers high-quality professional services and political stability. I very much hope that this will form another pillar to support our island’s continuing engagement with business in the Gulf.

As with any relationship, communication is key. Obviously it is not possible for Jersey Ministers to visit the region as often as we would like. That is why we took the decision in mid 2011 to establish a representative office for our promotional body, Jersey Finance, in Abu Dhabi. There is no substitute for face-to-face meetings, and the links that have now been formed between Jersey and Emirati banks, several of which have thriving operations in the island, bear testament to the strength of our relationships in the UAE.

Abu Dhabi has also proved to be a valuable strategic hub from which to develop business in the wider region. Good-quality access to GCC countries is vital for Jersey’s continued economic success, as has recently been confirmed to us by global consultants McKinsey & Company. I have no doubt that the Gulf will become an increasingly important market for Jersey’s businesses across a number of sectors.

We will continue to develop and formalise our relationships across the region, as we are currently doing with discussions on the signing of a double taxation agreement with the UAE Government. Jersey has always been a small but resourceful island, determined to maintain its prosperity and a high quality of life for its citizens. I feel sure that this determination is shared by governments across the GCC region, and I look forward to many more years of mutually beneficial cooperation.