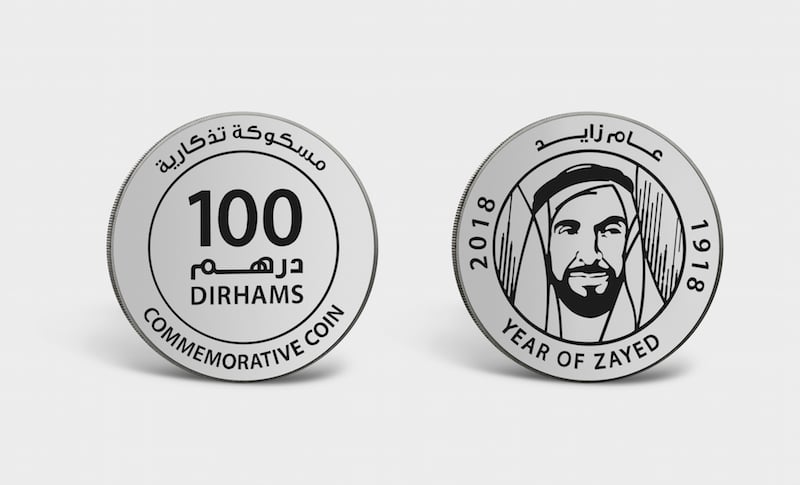 The UAE’s Central Bank has issued two commemorative coins – a silver coin and a one Dirham coin – as well as a Dhs100 denomination bank note with the ‘Year of Zayed’ logo to celebrate the country’s 47th National Day. 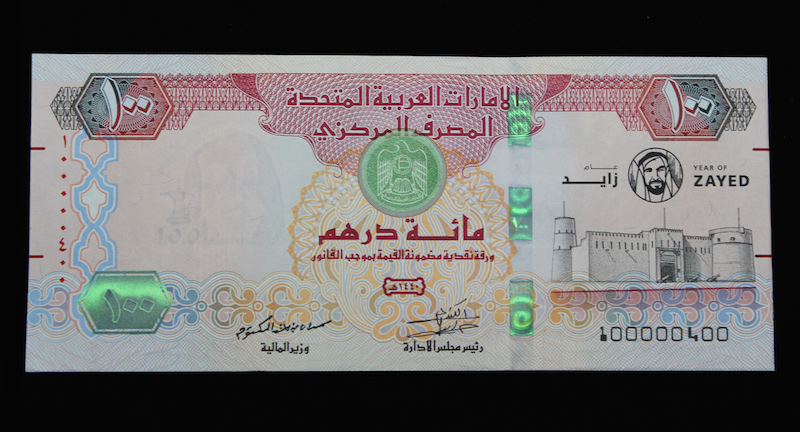 A total of 5,000 silver commemorative coins weighing 60 grams will be issued. The front side of the coin will feature the ‘Year of Zayed – 1918-2018’ logo, while the back side will have the phrase ‘Commemorative Coin’ and the nominal value of ‘100 Dirhams’. 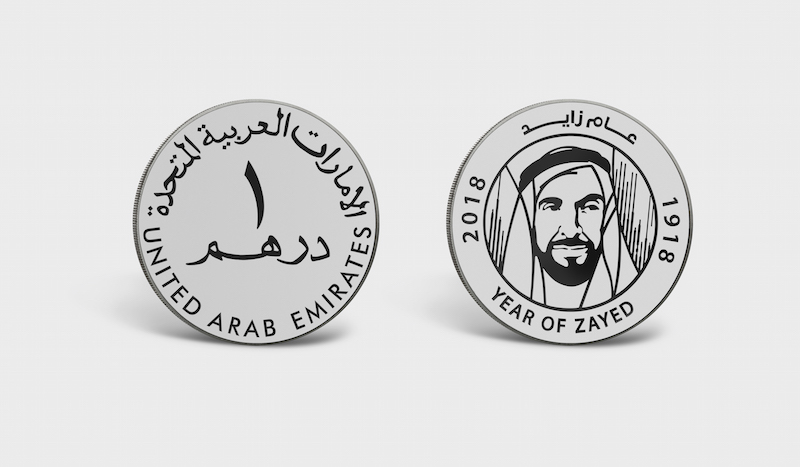 The bank is issuing the commemorative currency to pay tribute to the UAE’s founding father, the late Sheikh Zayed Bin Sultan Al Nahyan, whose centennial year was marked in 2018.

Mubarak Rashid Al Mansouri, governor of the Central Bank stated: “It is very important to commemorate the Zayed Centenary and recognise his essential contribution to the rise and progress of the UAE.”

The silver coin will be available for sale at the central bank main office and branches, while the commemorative dirham coin and the special edition of the Dhs100 bank note will be introduced into circulation as per the regular established procedures, a statement said.