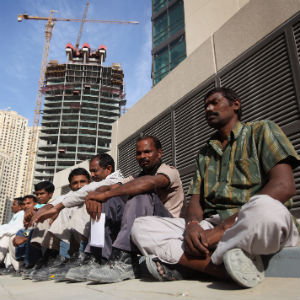 The UAE’s ministry of labour has issued an ordinance imposing a ban on outdoor work between 12.30 and 3.00pm from 15 June until 15 September this year, official news agency WAM reported.

The annual ban aims to protect outdoor workers in the country during the peak summer hours and has been in place for the last eight years.

The ordinance said that employers had to provide their workers with shaded areas of rest during the recess period. It also said that if a worker is working more than eight hours a day, he will be entitled to over-time wages, said WAM.

According to the order, firms must publish a daily schedule of the working hours in Arabic and the languages that the workers can understand to help labour inspectors implement the rule.

It also said that employers had to adopt preventive methods and safety rules to protect workers from industrial injuries and occupational diseases.

In case of violations, the employer will be penalised Dhs15000 for each case of breach.

“In the event of recurring violation, the inspectors will raise memoranda containing statement of violation and the number of workers who were employed during the break time, to consider the re-classification of the firm,” said the report.