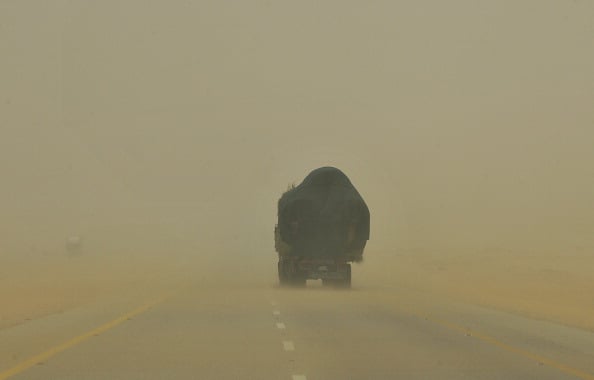 The UAE could experience strong winds accompanied by dust and sandstorms on Thursday and during the weekend, the weather department has warned.

The National Centre for Meterology and Seismology (NCMS) has also cautioned about poor visibility on the roads.

In its daily bulletin for Thursday, NCMS said that moderate to fresh winds were expected in general. However, strong winds over the sea and open areas were likely to cause blowing sand and dust and reduce horizontal visibility at times.

“Sea will be rough to very rough in Arabian Gulf and moderate in Oman sea, becoming rough by afternoon and very rough by night,” it added.

Overall, the weather will be fair to partly cloudy in general, and hazy at times, it said.

Similar weather conditions are anticipated during the weekend, with NCMS warning of poor visibility and rough seas.