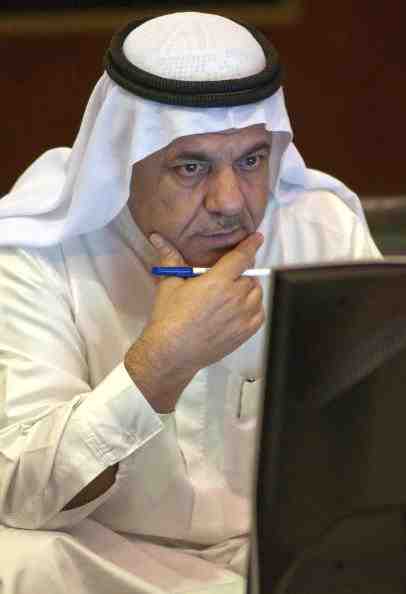 The bi-annual Investor Outlook Survey by Lloyds TSB Private Banking reveals that 28 per cent of investors in the UAE increased their cash allocation in the past six months, against only 18 per cent who decreased it.

This trend is set to continue with 32 per cent of investors planning to up their cash exposure in the next six months, while only nine per cent plan a decrease.

At the same time, almost 70 per cent of British expats in the Emirates increased their cash holdings while just 17 per cent decreased it.

Emerging market investments, once the rising star of financial markets, are now considered ‘too risky’ by many Emiratis – only 13 per cent would consider adding them to their investment portfolio in the next six months.

Despite Emiratis’ cautious approach to emerging markets in general, 35 per cent identified India as the most attractive world market for investment.

British expats in the UAE remain more upbeat about emerging markets in general, with 28 per cent planning to increase their exposure over the next six months.

British expats in the UAE still look to their home country as a relative ‘safe haven’ from the volatility affecting global financial markets. One fifth increased their exposure to the UK stock market in the past six months, while 15 per cent plan to increase it further in the future.

Anthony Valgimigli, head of Middle East, Lloyds TSB Private Banking said: “Emirati investors seem to be battening down the hatches – holding more cash and investing in assets that they judge to be safe.

“Yet at the same time, a portion of investors are still attracted to typically riskier emerging markets such as India, although most have not been willing to take the risk and invest there.

”The majority of investors seem to have been sensitive to the continued shocks that have shaken the financial markets and are opting for a ‘safety first’ approach. In re-balancing portfolios investors need to be wary of the risk of over-trading and knee-jerk responses. The time-tested approach of long-term, diversified investment is as important as ever.

“Understanding and managing risk actively is much more important than eliminating risk which, ultimately, destroys value and has a much worse effect on spending power.”