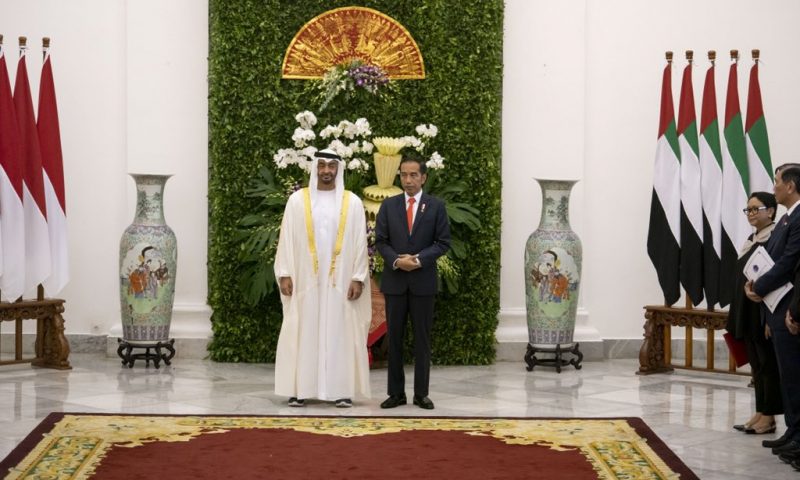 Companies in Indonesia and the UAE have signed agreements worth a total of $9.7bn during an official visit of the Abu Dhabi Crown Prince to the Southeast Asian country, the Indonesian government said on Wednesday.

Sheikh Mohamed bin Zayed met with Indonesian President Joko Widodo in at the presidential palace in Bogor, south of the capital Jakarta.

On the sidelines of the visit, Abu Dhabi National Oil Company (ADNOC) signed an agreement with Indonesia’s state-owned energy company PT Pertamina for oil and gas collaboration in both countries and globally, which has a potential value of $2.5bn, the foreign ministry said in a statement.

ADNOC said the deal covered projects in the UAE’ upstream oil and gas sector as well as refining and petrochemicals, LNG, LPG, aviation fuel and fuel retail opportunities in Indonesia.

The foreign ministry said the three were exploring the development of a naphtha cracker and petrochemical complex, with a potential value of $6 billion.

It will have a capacity equivalent of 3 million 20-foot shipping containers.

Construction is expected to start later this year with operations commencing in the first half of 2022, DP World said in a statement.

One of the world’s largest port operators, DP World’s concession at the Surabaya Container Terminal ended in April.

Both leaders also talked about increasing investment in Indonesia’s tourism sector and allowing Indonesian state construction firms to participate in projects in the UAE, according to the ministry statement.