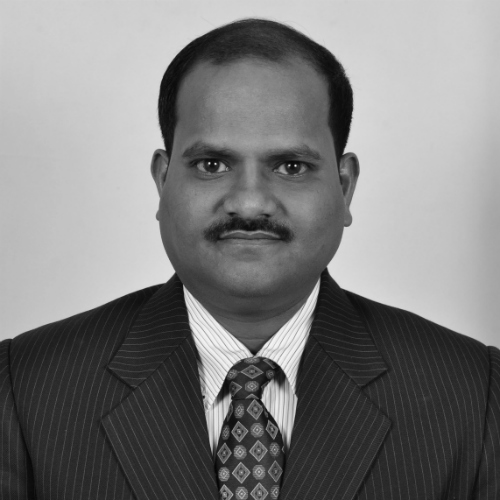 UAE-India bilateral relations have substantially transformed over the years. Economic engagement has been the prime mover in expanding and sustaining the pace and scale of bilateral relations. Three flows – goods and services, capital and manpower – have determined the scope and depth of intensifying bilateral economic engagement and set the stage for expanding relations at other important fronts such as political and security.

While UAE-India relations continued to grow from strength to strength; certain economic policy reversals of the recent past in India created schisms in the very foundation of the bilateral relations. However, a series of latest policy intervention and swift action by the Indian government has led to course correction and created a favourable environment. Recognising the importance of economic engagement as ‘mission-critical’, both governments now need to recalibrate their policy approach with clear vision and commitment in order to capitalise on this positive momentum and provide further impetus to the overall bilateral relations.

In this context, it is apt to look at the UAE-India Bilateral Investment Promotion and Protection Agreement (BIPPA) that was signed on December 12, 2013 (the draft was discussed and mutually agreed at Abu Dhabi in October 2013). The BIPPA will boost investor confidence and provide the much needed institutional framework for promoting and protecting investment from both the countries. UAE-India two-way trade (goods) touched $74 billion in 2012 and UAE investment in India was mere $4 billion; it is therefore imperative to increase bilateral investment in order to align with the ever growing trade profile. This will not only broad base the bilateral economic engagement, but will also create additional synergies for intensifying economic relations.

Over the last two decades, India has entered into 82 BIPPAs globally out of which 72 are currently functional. The success and achievement in this regard has been outstanding in terms of India’s economic integration at the bilateral, regional and global level. The UAE-India BIPPA is therefore can be considered as a landmark policy action. The much awaited MFN status awarded to the UAE will boost UAE export and investment in India. Though the Indian government has included additional protection measures in terms of international arbitration challenges in the event of Indian Parliament changing the law or judicial pronouncements having to be implemented; there should be no major concerns from the UAE.

India is looking for a big token investment by UAE government linked entities (GLEs) especially in the infrastructure sector, where projects are conventionally covered through sovereign guarantees. Also both government as well as private investors from UAE can undertake judicial measures through Indian domestic law or arbitration under the aegis of the United Nations Commission on International Trade Law (UNCITRAL) or the International Council of Societies of Industrial Design (ICSID).

From a regional perspective, this agreement provides the much needed thrust to the stalled GCC-India Free Trade Agreement (FTA) which witnessed several drawn-out negotiations in the past. Now, since India has similar agreements with all GCC members, it has become imperative to establish a joint trade task force (TTF). The primary agenda of the TTF should be to identify short term ‘wins’- start negotiations on specific trade issue/item and arrive at consensus for liberalisation – which will not only address negative impressions caused by past disappointments, but also will act as a positive accomplishment for long term FTA negotiations.

Though GCC-India FTA continues to be a pipedream; both UAE and India can hardly afford to wait so long. The BIPPA should be considered as the first step of a very long process moving towards achieving a fully functional bilateral strategic economic partnership. There are still substantial trade issues that should be given top priority.

In the last two years, India has implemented 29 trade related measures that have negatively affected UAE both directly and indirectly. Important among them are higher import duties on gold and jewellery (an important non-oil export item of the UAE); more restrictions on import of luxury cars, yachts and motor bikes and increased import tariffs on titanium dioxide, polymers and iron, steel & aluminum scraps; among others. Importantly, UAE has not implemented a single trade restrictive measure during that period and in fact has implemented significant liberal investment measures such as allowing foreign ownership in strategic industries within the Khalifah Industrial Zone, Abu Dhabi (KIZAD) and full ownership to foreign investors in Abu Dhabi airport free zones.

Since this kind of policy asymmetry creates periodic uncertainty, efforts should be made to develop a framework for liberalising trade and investment measures that will complement and supplement the BIPPA. As a first step, there is an urgent need to identify and discuss sector- specific mutual issues and concerns which then should be targeted for early liberalisation. Such baby steps will enable a holistic framework for bilateral UAE-India FTA negotiations as well as GCC- India FTA.

UAE-India is a critical node in the overall GCC-India economic partnership by virtue of sheer scale of their economic engagement. It is therefore incumbent upon both India and the UAE to fast track their economic relations through a bilateral FTA. Such an agreement, if successfully ratified by both the countries, would eventually pave the way for a GCC-India economic integration at the broader level.

It is often perceived that UAE being a small resource-based economy provides limited opportunities for a large economy like India in terms of market access for exports. Moreover, the UAE – India trade pattern is not at all diversified, as it is dominated to limited number of items, namely, petroleum, gold, jewellery, chemicals, perishable consumer good imports that largely cater to Indian expatriate community in the UAE, among others.

Looking from a broader perspective, the reality is totally different. UAE, specifically Dubai as a global transit hub is strategically positioned along the global value chain, catering to an economic hinterland with a total population in excess of three billion across three fast emerging growth regions of Africa, Asia and the Middle East. This virtual market space is more than enough for India to integrate and benefit from the production networks and supply chains. Importantly, the UAE has the world’s second largest sovereign wealth fund, which could be a formidable capital partner for India in meeting its ever-expanding investment requirements for basic socio-economic infrastructure that holds key to India’s future growth.

Such a holistic view should be the guiding principle behind policy expediency for deepening economic cooperation between India and the UAE. The post-crisis economic landscape where fame and fortune of national economies are no more restricted to comparative advantages alone; both India and the UAE need to think beyond numbers in order to reap and maximise mutual benefits of seamless trade and investment.

Samir Pradhan is an Abu Dhabi based economics researcher.