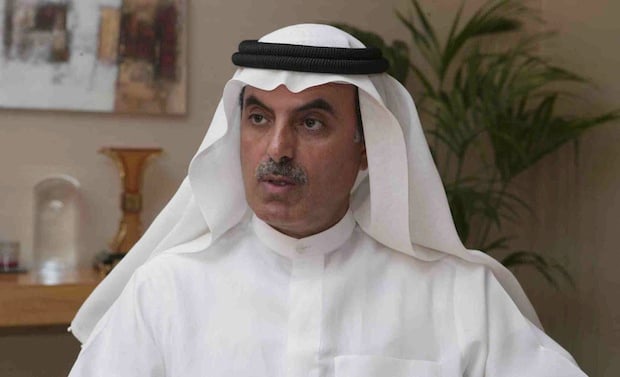 The European Union’s decision to include the United Arab Emirates on its blacklist of tax havens was due to “lack of communication” between the EU and the UAE government, the head of the UAE Banks Federation said on Wednesday.

“We need to reach out, I understand the reasons, and I’m sure the UAE will want to play as a global citizen,” the banking group’s chairman Abdulaziz al-Ghurair told reporters. “And I’m sure in the near future this will be solved.”

European Union governments adopted a broadened blacklist of tax havens on Tuesday, adding the UAE and British and Dutch overseas territories in a revamp that tripled the number of listed jurisdictions.

The UAE said it regrets the EU’s decision and that it has shared with the bloc a detailed plan of the action it is currently implementing, state news agency WAM reported.

“This inclusion was made despite the UAE’s close cooperation with the EU on this issue and ongoing efforts to fulfil all the EU’s requirements,” WAM said.

“The UAE remains firmly committed to its long-standing policy of meeting the highest international standards on taxation, including the OECD’s requirements, and will continue to update its domestic legislative framework in this regard.”

The 28-nation EU set up the blacklist in December 2017 after revelations of widespread tax avoidance schemes used by corporations and wealthy individuals to lower their tax bills.

They join Samoa, Trinidad and Tobago, and three U.S. territories of American Samoa, Guam, and the U.S. Virgin Islands who were already on the blacklist.

Blacklisted states face reputational damages and stricter controls on transactions with the EU, although no sanctions have yet been agreed by EU states.

Jurisdictions are blacklisted if they have shortfalls in their tax rules that could favour tax evasion in other states. Those who commit to change the rules by a set deadline are removed from the list.