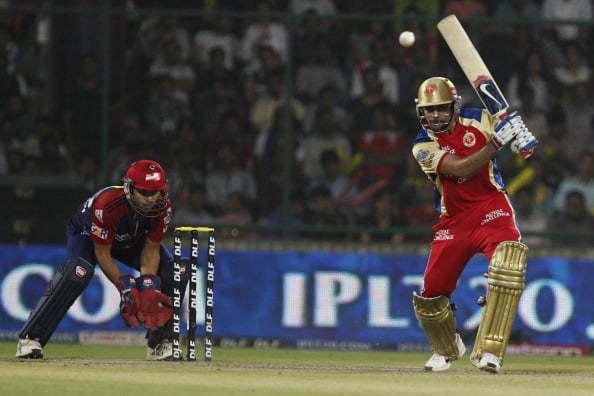 The UAE has been selected to host the first leg of the popular Indian Premier League (IPL) cricket tournament in April this year, according to the Board of Cricket Control In India (BCCI).

Around 16 matches, beginning from April 16 to April 30, will be played in the country, the BCCI secretary Sanjay Patel said in a statement.

Although BCCI is yet to release a detailed schedule of the tournament, media reports suggest that the matches -held in the UAE- will be played in Abu Dhabi, Dubai and Sharjah.

The world’s richest cricket league, traditionally held in India, has been shifted due to its dates clashing with the country’s general elections running from April 7 to May 12.

The entire tournament was shifted to South Africa in 2009 when it coincided with the Indian national elections.

The cricket board said that is still awaiting permission from the Indian government to stage matches between May 1 to 12 in cities where polling has been completed.

“BCCI is extremely conscious of the various complexities involved but hopes for a favourable consideration,” said Patel.

“BCCI will abide by the decision of the authorities in this regard. If it is not possible to play in India during this period, IPL matches will be held in Bangladesh.”

India’s cricket board added that the remaining league matches will be played in India from May 13 once polling is completed. No matches will be scheduled on May 16, the official counting day.

The staging of the IPL tournament in the UAE marks an end to a long hiatus by the Indian cricket team following a match-fixing scandal in 2000. Sharjah, a popular destination for cricket matches in the 1990s, was blacklisted as a cricket destination following match-rigging revelations during a game between India and Sri Lanka in 2000.

While India and Pakistan played two matches in Abu Dhabi’s Zayed Cricket Stadium in 2006, the Indian team has been reluctant to play in the UAE cricket grounds.

International Cricket Council (ICC) chief executive David Richardson also welcomed the BCCI’s decision to host a part of the tournament in the UAE.

“The BCCI’s decision to stage the first part of the IPL 2014 season in the UAE is great news for the people of the UAE and the region. It will complete a remarkable season of cricket in the UAE, which has already seen the successful staging of the ICC World Twenty20 Qualifier 2013 and the ICC U19 Cricket World Cup 2014,” he said in a statement.

“Recognising the importance of the integrity of the competition, the ICC will provide its full support for the matches in the UAE, including through the provision of anti-corruption services.”