UAE Has No Plans To Issue Bonds - Gulf Business 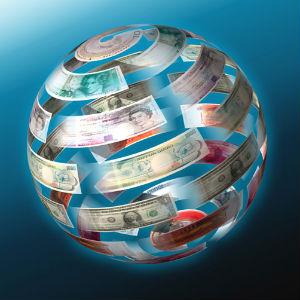 The United Arab Emirates has no immediate need to issue bonds to cover a small budget deficit this year as it can plug the shortfall from its own resources, the Gulf country’s finance minister was quoted as saying on Monday.

The comments by Finance Minister Sheikh Hamdan bin Rashid al-Maktoum, brother of Dubai’s ruler and his deputy, suggest that a long-awaited debt law, which needs to be passed before the UAE can issue federal bonds, may not be imminent.

Until now the respective governments of some of the UAE’s seven emirates have issued bonds separately.

Debate on the new law is set to resume after the summer, Obaid Humaid al-Tayer, Minister of State for Financial Affairs, told Reuters last month. The government could push the law through quickly if it wanted to issue a UAE bond.

“The government is not in a dire need for issuing bonds,” Sheikh Hamdan was quoted as saying in Al Ittihad newspaper on Monday.

“We don’t need to finance anything and we should be able to fill the gap from our own resources,” he said.

Sheikh Hamdan rarely speaks to the media and his comments are the strongest indication yet that the UAE, which ran up its first deficit in seven years in 2011, does not plan to raise money to cover an expected shortfall this year.

In October, the UAE government approved a draft 2012 federal budget of Dhs41.8 billion ($11.4 billion) with a projected shortfall of Dhs400 million.

The new debt law is aimed at establishing a local debt market but it has been underdiscussion for more than two years and there is still no clear indication of when it will be passed.

The UAE’s federal budget accounts for 11 per cent of overall government spending in the UAE. Spending by individual governments in the emirates makes up the rest.

The UAE ran an estimated deficit of Dhs2.9 billion ($790 million) in 2011, according to a report by the International Monetary Fund based on government data, released in June.