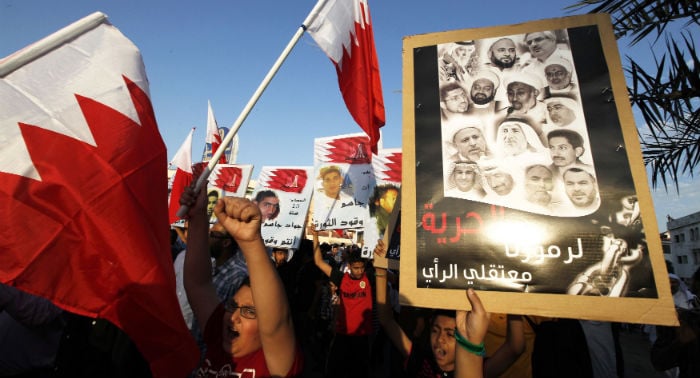 The United Arab Emirates will grant Bahrain $2.5 billion for development projects in the Gulf Arab state, part of a regional funding programme implemented after a pro-democracy uprising in 2011, Bahrain’s state news agency reported.

The money from the UAE, to be disbursed on an annual basis over the next 10 years, would finance projects in housing, electricity, water, infrastructure and social services, the Bahrain News Agency (BNA) said.

Wealthier Gulf Arab neighbours pledged in March 2011 to each extend $10 billion over 10 years to Bahrain and to Oman to ease tensions and support economic development in the two small non-OPEC oil exporters. The pledge came after a pro-democracy uprising in Bahrain and protests in Oman where citizens demanded jobs and a cleaner government.

Bahrain, which depends on crude from an oilfield it shares with Saudi Arabia for some 70 per cent of its budget revenue, said last June that it had not yet received any of the pledged money, and it was unclear when the funds would start to flow.

In December, it signed an agreement with the Saudi Fund for Development for a $448 million grant to finance various projects in the country. It was not clear whether the Saudi grant was part of the pledged aid package.

The kingdom, base for the U.S. Navy’s Fifth Fleet, has been in political turmoil since the protests erupted in 2011, led by majority Shi’ites demanding an end to the monarchy’s political domination and full powers for parliament.

Thirty-five people died during the unrest and two months of martial law that followed, the government said, although the opposition puts that number at more than 80.

Bahrain needs oil prices to average $122 per barrel this year to be able to balance its budget, a finance ministry official estimated in November, by far the highest level in the Gulf Arab region.

It is also the only nation out of the six-member Gulf Cooperation Council (GCC) facing a fiscal deficit in 2013. A Reuters poll in January forecast its budget gap would widen to 4.5 per cent of economic output in 2013 from an estimated 2.7 per cent last year.

Brent crude averaged $112 per barrel in 2012 and is expected to float around $110 this year, a separate Reuters survey showed last month.

Bahrain’s government now plans to cut its budget spending by almost six per cent to BD3.45 billion ($9.2 billion) in 2013, seeking to curb its deficit, a draft budget showed in November.

It boosted its original 2012 expenditure plan by nearly 19 per cent in September 2011 in order to soothe the social turmoil that hurt its $27 billion oil and finance-driven economy.

Analysts have said Saudi Arabia could give the state more oil from the shared Abu Safa field if Manama’s budget runs into trouble.

In a bond prospectus last June, however, Bahrain said no assurance could be given that the current level of output that it receives from Abu Safa would be maintained.

The field’s current production level is just below 300,000 barrels per day, of which Bahrain currently receives 50 per cent. Its 2013-2014 budget counts on its output from that field staying at 150,000 bpd in both years.