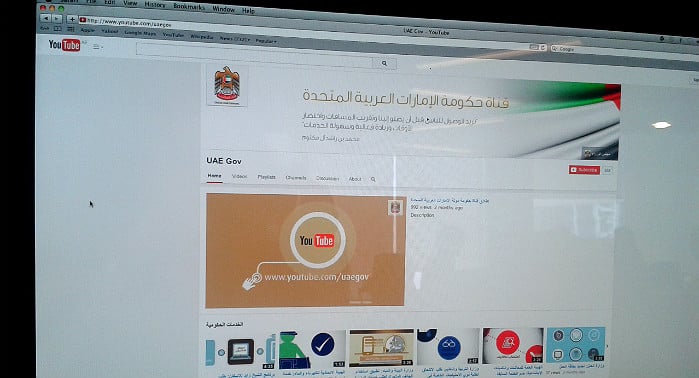 The UAE government has officially launched its own YouTube channel to disseminate information regarding its services, official news agency WAM reported.

The initiative was launched by UAE Vice President and Prime Minister and Dubai’s ruler Sheikh Mohammed bin Rashid Al Maktoum during a cabinet meeting on Monday and is available on www.youtube.com/uaegov.

The channel will explain all the services offered by the UAE government and highlight the initiatives and awareness campaigns of ministries and federal departments.

It will include different sections describing government services, illustrating procedures using infographics, introducing the general public to the personal lives of federal government officials and showing the backstage of government work during the implementation of projects, WAM reported.

The channel will also serve as an official source of news, featuring news reports, press briefings and conferences and preparations for the launch of the government’s programmes.

Sheikh Mohammed said: “We want to take our services to people before they come to us. We want to shorten distances and save time in regards to the needs of nationals and expatriates, on the one hand, and what we offer them, on the other.”

The video-sharing service will help people access and use government services easily, he added.

“We harness social networks to make people happier, develop government work and utilise all that modern technology and means of communication in order to benefit and serve the interests of the country and all those living in it,” the report quoted him as saying.

The UAE government is rapidly moving towards becoming a ‘smart’ and ‘mobile’ government, with plans to offer all services through smartphones within the next few years.

Last week, the UAE Banks Federation announced the formal launch of the mobile wallet programme in the country. Mobile wallet is the financial component of the UAE’s smart government initiative, under which payments for over 90 official services can be completed from a purpose-designed platform that interfaces with all banks operating in the UAE.