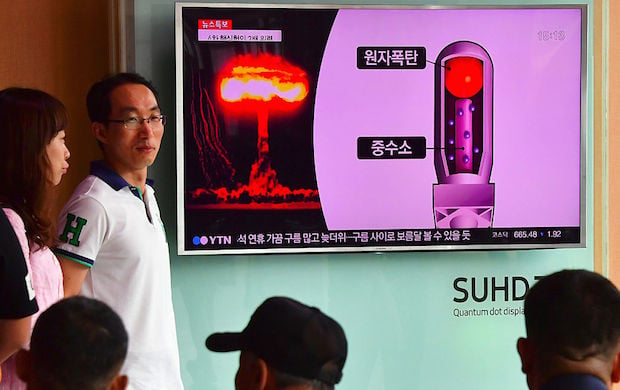 The UAE has strongly condemned the nuclear test which was conducted by North Korea on Friday, the Ministry of Foreign Affairs and International Cooperation has said.

In a statement, the ministry stressed that the test constitutes a challenge to the United Nations Security Council’s resolutions and poses a real threat to global peace and security.

It called for the need to safeguard the regime of non-proliferation of weapons of mass destruction in the world, official news agency WAM reported.

The statement also urged the international community to take relevant measures to counter such violations and protect international peace and security.

Al Zayani said North Korea’s actions were in defiance of the international community and in serious violation of UN Security Council Resolutions.

North Korea claimed the nuclear test was its fifth and biggest ever. It was estimated to have an explosive power of 10 kilotons, according to South Korea’s Defense Ministry.

The move has drawn a sharp reaction from countries across the world.

“The only thing that Kim Jong Un regime can gain from the nuclear tests is stronger sanctions from the international community and its isolation,” she said in a statement.

“Such provocation will eventually hasten its path to self-destruction.”

The US has said it is considering its own sanctions along with any imposed by the UN Security Council.