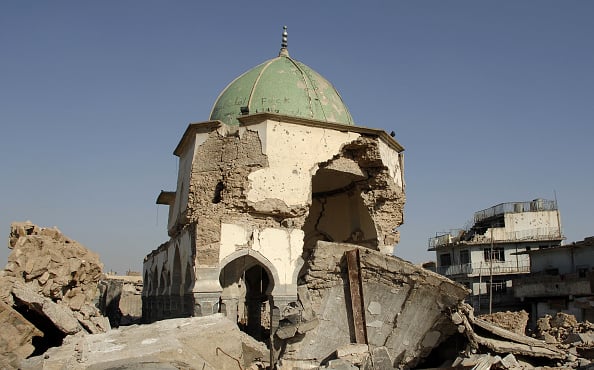 The United Arab Emirates will finance a $50.4m project to rebuild Mosul’s Grand al-Nuri Mosque, famous for its eight-century-old leaning minaret, that was blown up by Islamic State militants last year, the United Nations said on Monday.

Reconstruction and restoration of the mosque and al-Hadba minaret will be in partnership with the U.N. cultural agency UNESCO, Iraq’s culture ministry and the International Centre for the Study of the Preservation and Restoration of Cultural Property (ICCROM), Dubai’s media office said in a Twitter post.

Islamic State demolished the Grand al-Nuri Mosque, which dated to the 12th century, in the final weeks of the US-backed Iraqi campaign that ousted the jihadists from Mosul, their de facto capital in Iraq, last July.

Paris-based UNESCO said the project would take at least five years, with the first 12 months focused on clearing districts of debris. Other sites including historic gardens will be rebuilt and the plan includes the building of a memorial and museum.

Mosul needs at least $2bn of reconstruction aid, which would unblock streets and rebuild destroyed homes among other things, according to Iraqi government estimates. About 700,000 of Mosul’s population, estimated at 2 million before Islamic State seized the city in 2014, is displaced.

It was from the mediaeval mosque in mid-2014 that Islamic State’s leader Abu Bakr al-Baghdadi declared a self-styled “caliphate” spanning parts of Syria and Iraq that the jihadists had overrun in a shock offensive.

The mosque was named after Nuruddin al Zanki, a noble who fought the early crusaders from a fiefdom that covered territory in modern-day Turkey, Syria and Iraq. It was built in 1172-73, shortly before his death, and housed an Islamic school.

By the time renowned mediaeval traveller and scholar Ibn Battuta visited two centuries later, the minaret was leaning. The tilt gave the landmark its popular name – the Hunchback.

The minaret was composed of seven bands of decorative brickwork in complex geometric patterns that have also been found in Iran and Central Asia.