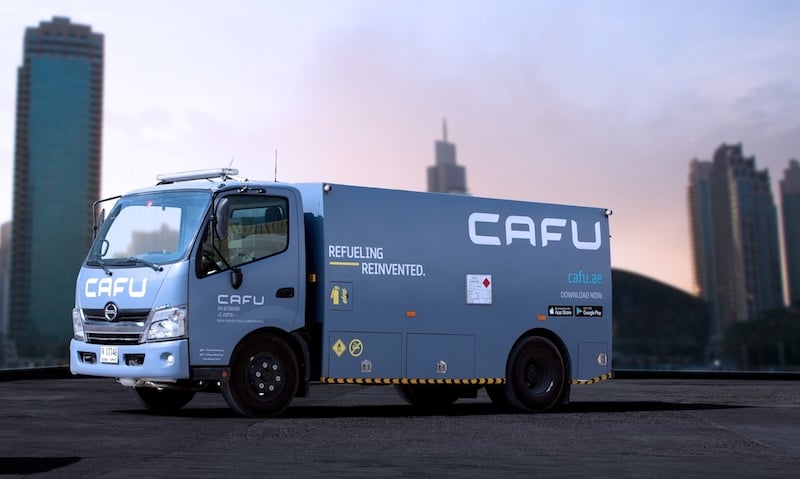 UAE-based on-demand fuel delivery service Cafu has announced plans to expand into Egypt – its first destination outside of the UAE.

The company said it has signed an agreement with the Egyptian General Petroleum Corporation (EGPC) to provide its services in Egypt.

Operations in Cairo are expected to kick-off in the coming months, a statement said.

Tarek El Molla, Egypt’s minister of Petroleum and Mineral Resources, said: “Egypt has become a hotbed for innovative tech startups like Cafu eager to participate in the country’s thriving economy that features one of the largest and youngest populations in the region.

“The oil and gas sector remains strategically important for the country and is ripe for disruption. Cafu promises to bring new technology and know-how to the market that will positively impact the industry and its consumers, especially for those who are living in densely populated areas.”

Designed to deliver fuel “anytime and anywhere”, directly to customers’ vehicles, Cafu offers its services through a mobile app.

Users need to provide their car location, fuel type and fill amount and choose a time for their fuel delivery through the app.

Since its launch in the UAE in November 2018, Cafu has delivered nearly one million ‘fills’ of petrol through its fleet of over 180 custom built delivery trucks, the statement said.

The company also confirmed that its UAE operations – which currently cover Dubai, Sharjah and Ajman – will now be available in the emirate of Umm Al Quwain as well.