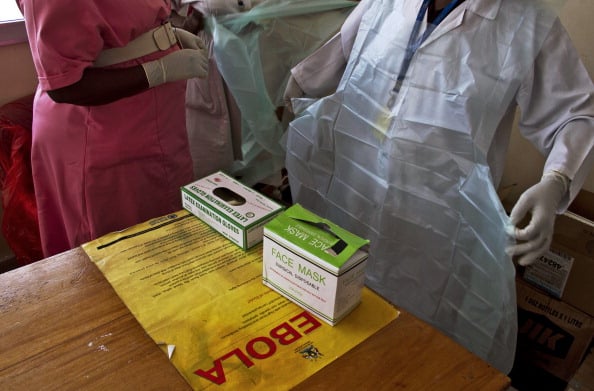 The UAE’s ministry of health has announced that no Ebola virus infections have been reported in the country till date declaring the Emirates free of the infection, state news agency WAM reported.

“The UAE is free from Ebola disease, which has been reported in a number of African countries,” said Amin Al Amiri, assistant under-secretary of the Ministry for the Public Health Policies and Licensing and ministry spokesman.

He said that the Health Ministry and other agencies such as the National Crisis and Emergency Management Authority are taking precautionary measures to prevent any Ebola virus infections.

Al Amiri also said that the ministry is in contact with the World Health Organisation (WHO) in order to be updated about the latest developments.

The ministry is implementing all the resolutions taken in the last WHO meeting to prevent the entry of the disease into the country, he said.

Al Amiri emphasised that the procedures taken so far are sufficient to protect the country and said that the UAE is prepared to deal with any cases in the future.

Ebola, one of the deadliest diseases in humans, has a fatality rate of up to 90 per cent and has claimed over 960 lives so far in West Africa since the current outbreak began late last year.

Last week, the WHO declared the disease a public health emergency, but did not recommend a travel ban.

Health authorities across the Gulf have stepped up measures to prevent any infections in the region after a Saudi man was suspected of dying due to an Ebola infection.

However, officials in the Kingdom confirmed on Sunday that the initial tests on the man were negative for the Ebola virus.