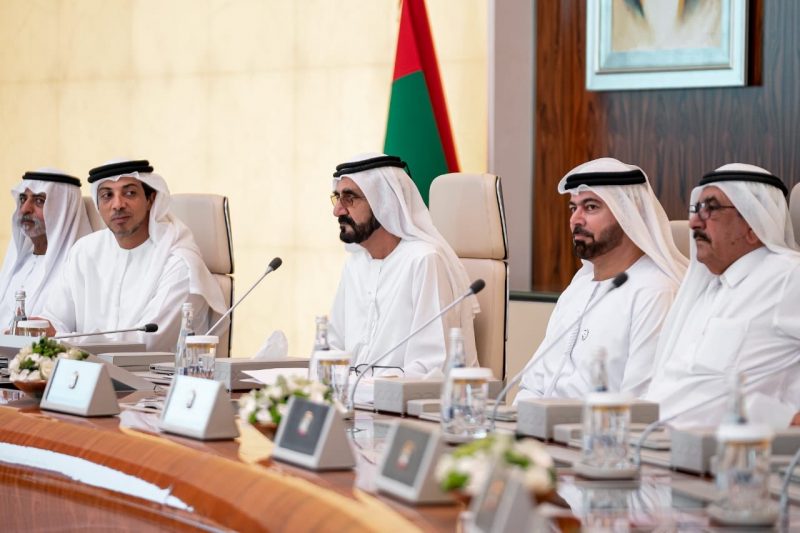 The UAE Cabinet has formed a committee to implement the directives of issued by Sheikh Mohammed bin Rashid Al Maktoum, Vice President and Prime Minister and Ruler of Dubai, in an open letter during the weekend.

It will also submit a 100-day plan to Sheikh Mohammed for improving the performance of government and private institutions in the UAE, to reinforce the country’s economic and community performance, and ensure that its citizens are happy.

The committee was formed during the Cabinet meeting on Sunday at Al Watan Palace in Abu Dhabi.

In the letter shared via Twitter that was addressed to ministers, government officials and the public on the “beginning of a new season”, Sheikh Mohammed touched upon six main topics including Emiratisation and the economy.

Sheikh Mohammed urged government officials to achieve and accomplish their objectives “on the field”, rather than in conference rooms.

He also warned social media users not to cause “chaos” by speaking about the UAE when they were not authorised to do so.

The reputation of the UAE is a “red line” that must not be crossed by people who “wish to increase their followers”, he said.

“We have the ministry of Foreign Affairs and International Cooperation which is concerned with managing our external affairs,” Sheikh Mohammed added.

Addressing the economy, he said the UAE would come up with “quality projects” and “exceptional ideas” to move ahead and also urged everyone to remain “optimistic”.

Sheikh Mohammed said: “Our message was delivered, and actions are more important than words. We will fulfill what we have promised. I reiterate my confidence in all ministers and leaders to assume their responsibilities to our people.”

Speaking to the new committee members said: “Our dreams are in the skies, but our feet are on the ground. We are aware of the real challenges facing our key sectors and government to achieve prosperity and dignified lives for our citizens. That is what the late Sheikh Zayed bin Sultan Al Nahyan taught us.

“I have trust in you, as you are capable of assuming this responsibility. We are monitoring the performance reports of officials, and everyone will be held accountable,” he added.

In line with the new measures, the UAE Cabinet has directed the National Media Council (NMC) to regulate social media sites and establish strict standards to defend the UAE and enhance its stature regionally and internationally.

It also directed the government communication office of General Secretariat of the Cabinet to monitor live news and social media feeds, and ensure that all federal authorities respond to enquiries and grievances of citizens.

The Cabinet also decided to organise another meeting to discuss the issue of Emiratisation.