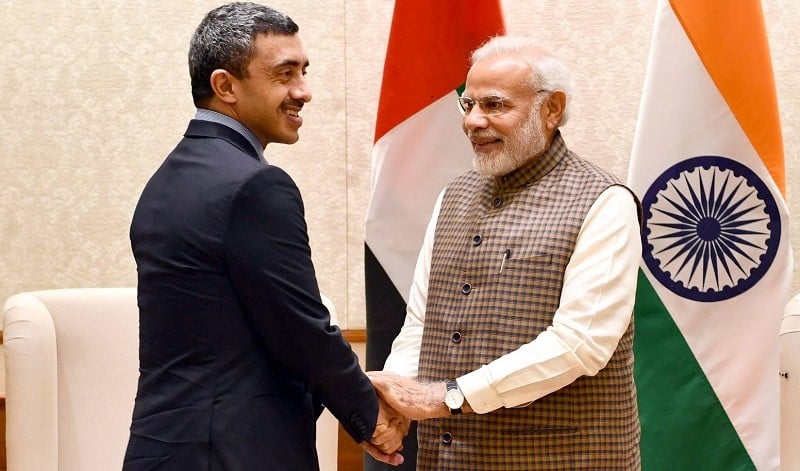 They specifically looked at widening strategic ties between the UAE and India in the energy field, with a focus on the partnerships and investments provided by the Abu Dhabi National Oil Company (ADNOC) in the fields of exploration, refining, petrochemicals and petroleum products marketing.

On the sidelines of the meeting, ADNOC, Saudi Aramco, and a consortium of three Indian oil firms also signed a framework deal to explore the possibility of co-investing in a $44bn Indian refinery.

The project, one of the largest refining and petrochemical complexes in the world, was previously announced by Aramco and Indian partners Indian Oil Corp, Hindustan Petroleum Corp and Bharat Petroleum Corp in April.

Under the framework deal, Aramco and ADNOC would jointly build and operate the complex and own 50 per cent of joint venture Ratnagiri Refining and Petrochemical Company, with the consortium taking the other half.

“This project is a clear example of our expanded downstream strategy, where we will make strategic, commercially-driven, targeted investments, both in the UAE and abroad,” said ADNOC group CEO Sultan Al Jaber.

The latest announcement comes after ADNOC awarded a 10 per cent interest in its offshore Lower Zakum concession to a consortium of Indian oil companies in February.

The concession was one of three that replaced the ADMA offshore concession when it expired on March 8. The other two were Umm Shaif and Nasr and Sateh Al Razboot and Umm Lulu.

ADNOC said it was the first time Indian oil and gas companies had been given a stake in Abu Dhabi’s hydrocarbon resources.

The consortium of ONGC Videsh, Indian Oil Corporation and Bharat PetroResources contributed Dhs2.2bn ($600m) to enter the concession, which will be operated on its behalf by ADNOC Offshore.