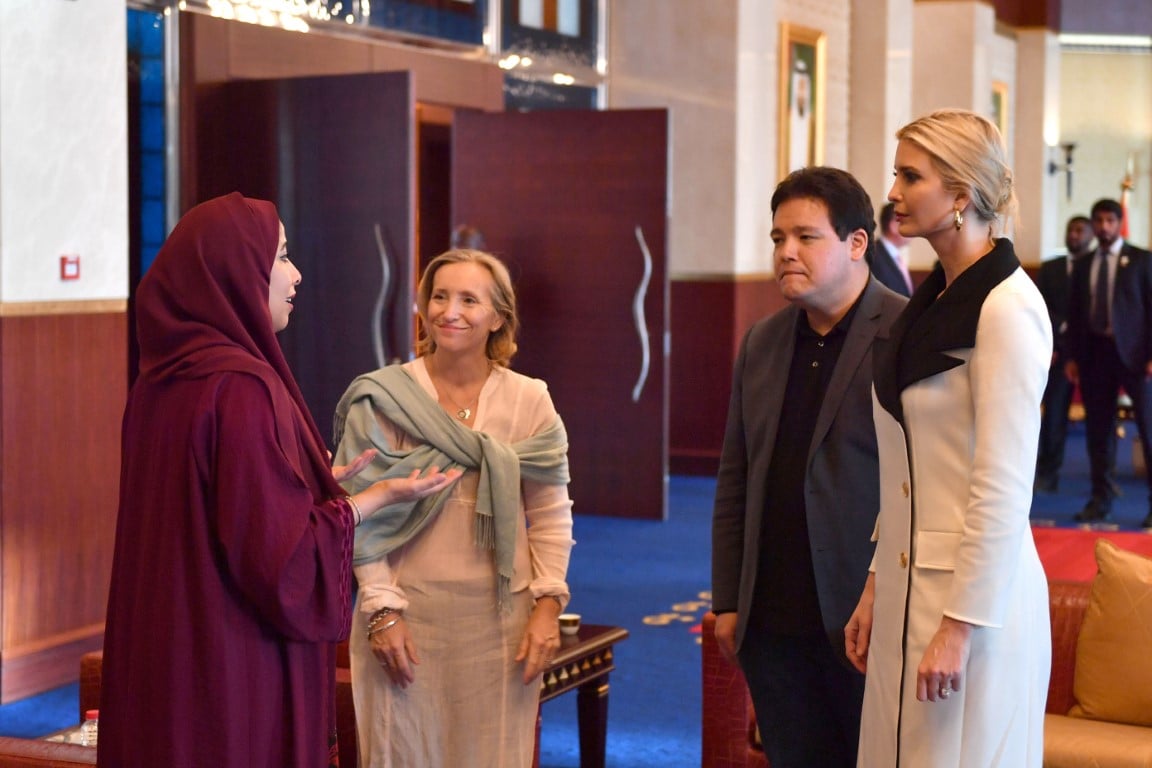 The UAE is at the vanguard of women empowerment in the region, advisor to the President of the United States of America, Ivanka Trump has said.

“The United Arab Emirates is taking bold leadership on this mission in the region and we hope that other countries join in reforming laws that prevent women from fully and freely integrating into the political, social and economic spheres,” she said.

Trump will deliver a keynote speech at the Global Women’s Forum Dubai 2020, that will host over 100 leaders and experts from across the world, set to engage in a discourse on furthering women’s advancement, official news agency WAM reported.

The two-day event, set to operate along the lines of ‘The Power of Influence’ will run from February 16-17.

“I am delighted to be attending the Global Women’s Forum Dubai to advance women’s economic empowerment around the world and highlight the progress of the Women’s Global Development and Prosperity Initiative. This initiative has impacted over 12 million women in its first year, well on its way towards our goal of economically empowering 50 million women by 2025,” said Trump.

In addition to Ivanka Trump, the forum will also feature international speakers such as David Malpass, president of the World Bank group; Kristalina Georgieva, managing director of the IMF and Theresa May, member of parliament and former Prime Minister of the UK, according to the forum’s website.

More than 3,000 delegates from 87 countries are expected to attend over 60 workshops and sessions, including five plenaries at the event.

“The global community’s recognition of these remarkable achievements has led to the UAE becoming a venue for the world’s largest events focused on women’s empowerment and advancement.”

Over 250 government representatives, business leaders and women entrepreneurs from the region will also participate in the We-Fi MENA Regional Summit, co-organised by DWE and the Women Entrepreneurs Finance Initiative (We-Fi), set to take place on the sidelines of the forum.

The conference intends to galvanise women’s opportunities to thrive as entrepreneurs across the MENA region in terms of highlighting programs, institutions and research that would help businesswomen access finance, markets and mentoring.