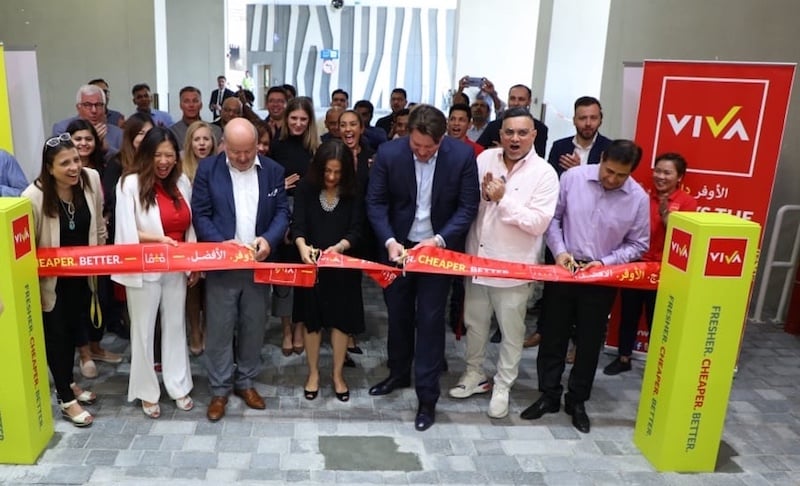 UAE-based retailer Landmark Group has announced that its food discounter concept, Viva, has opened 16 stores since its launch 18 months ago.

The latest store, located in Dubai Marina, was opened on Thursday.

The new 6,000 square feet store will stock over 1,200 exclusive brands of products, across fresh and non-food categories.

This will also be the first Viva store to offer organic foods including fruits and vegetables, sour-dough breads, ready-to-eat fruits and salads, and cream cakes, a statement said.

Chairwoman and CEO of Landmark Group, Renuka Jagtiani confirmed that five more Viva stores are planned to open by the end of this year.

The company will expand its presence in “various residential neighbourhoods” across Dubai, Ajman and Sharjah, she said.

Viva says it offers internationally sourced grocery and household products at prices that are 25-40 per cent cheaper than other supermarket brands in the UAE.

Products are sourced from over 24 countries, and the range offered is 80 per cent of European origin, a statement said.

“As a pioneering food discounter in the region, we have had a first-mover advantage,” said Georg J. Fischer, CEO of Viva.

The company has served over four million customers in its first year of operations, selling over 23 million products till date, he said

“We have gone directly to the sources to procure our products from over 135 suppliers,” he added.

Overall, the group operates over 2,300 outlets spread across over 30 million square feet in the Middle East, North Africa and the Indian sub-continent.