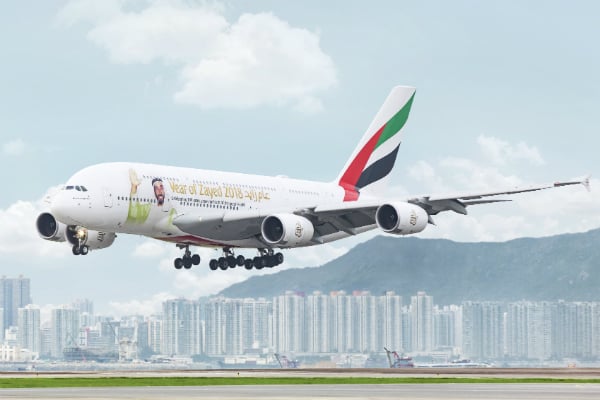 After days of cancellations and delays, flights from the United Arab Emirates to Hong Kong appear to be normalising.

In the last few days, flights to and from Hong Kong International Airport were suspended as thousands of protesters flooded the airport, where they were met by a heavy police presence.

While authorities cancelled all flights on Monday and some on Tuesday, flights began to return to a normal schedule on Wednesday, with the protests simmering down at the airport.

On Thursday, flights operated by Emirates and Etihad bound for Hong Kong were taking off close to their scheduled departure times.

Protests have been flaring in Hong Kong for several weeks.

Originally against a controversial bill that would make it easier for people to be extradited to mainland China, grievances have since grown to include calls for greater autonomy, preservation of democracy, and ending police brutality.

The demonstrations, which frequently feature tens of thousands of mostly young protesters, are ongoing.

Opened in 1998, Hong Kong International Airport is the chief airport for one of the world’s key financial and business centres, and one of the busiest airports in the world. It welcomed about 75 million passengers in 2018.