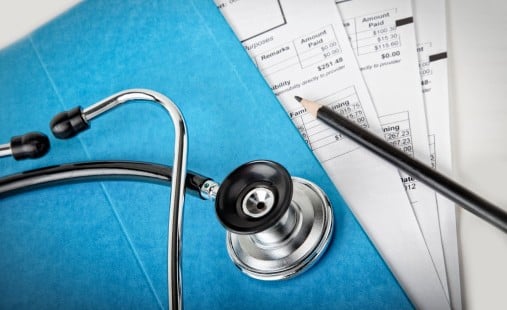 There are a potentially large number of factors at play when it comes to those constantly rising healthcare premiums. Expensive medicines, frequent repeat (and unneeded) consultations, fraud, unnecessary tests and procedures – to name just a few.

Now while we can do a number of things to mitigate some of these particular costs, I’m inclined to conclude that our efforts here, however successful, would be all but a drop in the bucket in comparison to what we could do to curb costs if we were to address the real issue – which is the poor general health of the population.

We all need to appreciate just how much of a cost burden our lifestyles are having on the overall healthcare system. It is, in a word, insane, and we don’t have to look any further than right here in the UAE for a perfect example of the severity of the impact of bad living on the general health of society.

To be very clear, the correlation between rising medical expenses for corporations and the declining general health of the population is far greater than most of us are aware. And even for those among us who are aware and in a position to do something about it, we are still doing far too little to actually make a proper impact. There is a sense of resignation – that this is all beyond our control or that the task would simply require too much effort to tackle.

And I can understand those sentiments. The objective is a huge one indeed. But we don’t have a choice, and if corporations want to find themselves in a position where they are no longer complaining about those year-on-year rising healthcare costs, then they have to believe, wholeheartedly, that no one is going to do the heavy lifting for them.

I will get deeper into that further on in this article. For now, though, let’s have a look at the impact our poor lifestyles (aka our gluttonous ways and overall lack of discipline) are having on our health here in the UAE and around the world, and the financial burden that goes along with it.

Lifestyle and health in the UAE

Despite an abundance of incredibly worrying statistics on the subject, the problem of the UAE’s collective health is still yet to be adequately addressed. It’s the elephant in the room that is simply not being acknowledged – or at least the extent of its impact on the overall healthcare system is not being discussed with enough honesty.

To take both the obvious and the biggest concerns as our examples, conditions such as heart disease and diabetes are clearly linked to poor diets, unhealthy habits such as smoking and excess drinking, and our sedentary lifestyles. A look at some of the figures below show just how bad things are in the country:

Globally, the average age of heart attack victims is 65 years. According to figures released from Rashid Hospital in 2013, the average age in Dubai was 45 years for patients admitted to the hospital that year.
One in five UAE residents has diabetes – or 20 per cent of your workforce – with many more suffering from pre-diabetes.
Nearly 41 per cent of Emiratis aged 35 to 70 suffer from hypertension. While genetics plays a role, in figures as large as these ones it plays a very insignificant role.
Approximately 25 -35 per cent of all deaths in the UAE are caused by cardiovascular disease.

Nutrition is no doubt the biggest factor in all of this, and we need look no further than the overweight and obesity statistics to see how poorly we are fairing with our dietary choices. In the UAE, 66 per cent of men and 60 per cent of women now fall into the overweight or obesity categories.

And let us again talk about correlation, because it is a direct one in every sense of the word: It is estimated that at least 80 per cent of heart disease, strokes and type 2 diabetes, as well as 40 per cent of cancer cases, could be avoided by healthier lifestyle choices such as improved diet, smoking cessation and taking regular exercise.

To be clear, these health issues are in no way exclusive to those in the UAE. Across the world, diabetes, cancer, cardiovascular disease, and other chronic conditions account for the highest percentage of death in developed countries, while global obesity figures have more than doubled since 1980.

The World Health Organisation estimates that the global number for overweight and obese adults reached a mind-boggling 1.9 billion in 2014, while the International Diabetes Federation reveals that there are 387 million people around the world with type 2 diabetes – a figure expected to grow to almost 600 million in the next 20 years.

The financial cost of treating these conditions is no doubt enormous, and this is revealed in the non-stop growth in global healthcare spending. These growth figures are expected to move past 4 per cent in 2016, and increase to more than 6 per cent in 2017 and 2018. In the UAE, government spend, which is now in excess of Dhs 40bn ($10.8bn) a year, is expected to rise anywhere from 5-10 per cent or more annually over the coming years.

Read: What can we do in 2016 to reverse rising healthcare costs in the UAE?

We can get another perspective by looking at the cost of fighting some of these diseases. According to the American Institute of Cancer Research (AICR), cancer treatment spend reached $895bn globally in 2015. In that same year heart disease costs reached $753bn, while diabetes treatment costs topped out at about $204bn.

Other figures give us insight into the actual individual treatment costs. Stats provided by the UK’s leading health insurer BUPA, for example, reveal that individual treatment costs of cancer per patient in 2010 averaged £30,000. And according to Diabetes.co.uk, annual inpatient care to treat short- and long-term complications of diabetes is estimated to be between £1,800 and £2,500 per patient.

You have but one option

Now back to the title of this article – and consider this a shout from the rooftops: Whichever way you look at it, our lifestyles come with a very considerable cost to health insurers – costs that are ultimately passed on to your company.

A tougher stance is what is needed. And yes, towards your employees. But to clarify, a tougher stance supported by the right infrastructure. If your employees are sick or unhealthy because of their lifestyles, and your company is directly bearing the cost of those lifestyle choices, then programmes need to be put in place that lead to behavioural change, with employees being required to hit specified targets.

I won’t tell you what sort of corporate wellness strategies you need to put in place to help improve the health of your employees and their families. I’ve covered that in a recent article, and there are truly endless ways to package it all. But I will stress that we need to see much more. Not enough is being done across companies that is based on a solid foundation which would bring about real and sustainable results (and ultimately reduce claims costs in both the medium- and long-term); and for those initiatives that do get off the ground, follow through is not often there.

Just remember that you have a single goal in all of this, and that is “to improve the overall health of your company’s workforce.” So set your targets and start hitting them, and the control will finally be in the place that it needs to be to actually have the type of impact we need to be making.