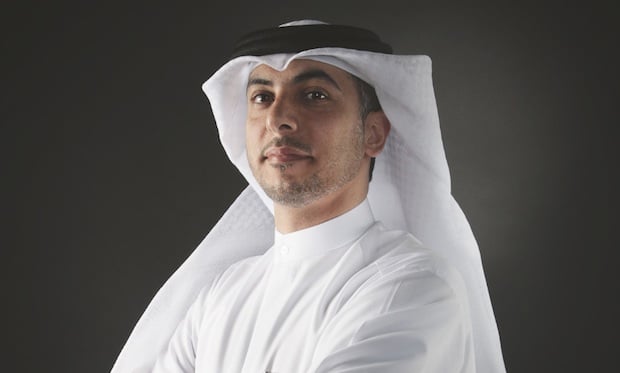 The Gulf’s love for luxury is no secret – the market continues to remain resilient despite the economic challenges the region faces.

The Middle East and Africa’s luxury goods market is expected to post the fastest growth worldwide between 2014-2019, at a compound annual growth rate of 7.2 per cent, despite conservative shopping behaviour in oil exporting countries due to the fall in crude prices, according to a report by GlobalData.

While the UAE is the largest luxury goods market in the region, Saudi Arabia is the fastest growing, the firm found.

But for all this opportunity, a report by Euromonitor released in January, showed, the UAE luxury goods sector remains dominated by international brands.

That’s what motivated Emirati entrepreneur Khalid Basaeed to launch the UAE’s so-called first luxury goods brand, Feathers. Established in 2010 with a single store in Abu Dhabi, the brand – which sells a wide range of fashion accessories – now has four stores across three emirates and boasts millions in revenues.

But the ride to reach its current position was not easy, admits Basaeed.

“The first challenge was money and the financial aspect,” he says.

“We financed the project ourselves and in the first two years, we were not aiming for any profit, but we hoped that the business would start financing itself.

“We got good support from the media and once people got to know us and started to buy from us – we were able to finance the project. “In the second year, we approached Khalifa Fund [for Enterprise Development] to help expand our business in Dubai and we got support from them of Dhs500,000. We broke even in the third year of operations.”

The other big challenge, says Basaeed, was to convince mall operators to let the company rent a spot.

“We consider ourselves an affordable luxury brand. So when we approached the mall to get a spot, they didn’t know us and were afraid that we might be a failure and this (in turn) would affect their name. So getting the right place in the right shopping mall was a challenge because we were new, we didn’t have anything in hand and everything was only on paper.”

Another issue they faced was convincing customers to accept the brand, he admits: “Women in this region like to own known brands – so why Feathers? To convince them that we are a luxury brand, not just another local business, was a challenge.”

A big part of gaining acceptance from customers has come down to marketing and advertising, opines Basaeed.

“When people see your advertisement on Sheikh Zayed Road with other international brands, it elevates your name and people start recognising you as a brand.

“And then when people see your shops, your décor, you quality of work, they start to look at you differently as a brand,” he adds.

The company has spent up to Dhs1m annually on marketing and advertising in the last two years, although the amount will be cut this year, with an increased focus on social media.

No other major cost-cutting plans are in place, but Basaeed admits that the company is looking at trimming its collections to make them more relevant.

More than the current economic scenario, the entrepreneur believes that growing competition could be having a stronger impact on business.

“The previous two years [2014, 2015] were better than last year. I don’t know if it was because people were affected [by the economic scenario] or it was because the competition is becoming more. We see many other companies taking our path – many local brands have been established, many people are trying to have the same idea,” he explains.

But the brand is looking to stand out from rivals by concentrating on its quality.

“There are local brands whose quality is not what it should be. We are striving for quality and any supplier who doesn’t give us the level required – we stop dealing with them. We even moved most of our production to Europe because we want quality,” he says.

Currently, the brand is producing its next collection of handbags, belts, sunglasses and shoes for men and women – all in Italy. Watches are being produced in Switzerland, pens in Germany, and scarves and mobile accessories in Turkey.

Perfumes are packaged locally but the oils come from Europe. Feathers also has some small accessory collections made in the UAE.

In terms of prices, while handbags start from Dhs950 to Dhs5,000, watches are priced from Dhs1,000 and sunglasses begin at Dhs950. Small accessories such as mugs and key chains cost between Dhs85 and Dhs350.

Not surprisingly, the brand’s main clientele – about 65 per cent – are Emiratis, with GCC nationals accounting for 30 per cent. The other 5 per cent comprise expats and tourists.

“We are Emiratis and we know what people in the UAE and the GCC want. So we try to design what people like and that’s what differentiates us from other [international] brands,” says Basaeed.

To meet growing demand, the brand opened a store in Al Ain last year and its first Qatari outlet Doha in March. A new store is set to come up in Sharjah next year. It already has two stores in Abu Dhabi and one in Dubai.

Feathers is also eyeing expansion in Saudi Arabia with a specific focus on Riyadh and Jeddah. “We have investors who are interested in Saudi Arabia, but we haven’t yet closed the deal,” says Basaeed.

Meanwhile, from an e-commerce perspective, the company is set to launch its new website within two months, which will allow it to ship products to customers across the world.
Apart from geographical expansion, the company is also looking at entering new verticals by leveraging its existing brand name.

“We are thinking of expanding the business to other areas such as kids wear which will include clothes and some accessories for infants. We are just starting communication with factories and it is still in early stages – we might launch in 2018,” reveals Basaeed.

“We are also looking at having standalone shops for shoes and jewellery since these are our best selling items and our current shops cannot take more products.

“Also in our plan on paper is to go into F&B – maybe a Feathers café. But we will try to do something unique with it,” he adds.

Ultimately, Basaeed says his vision is straightforward: “My dream is to elevate the name of my country with something I’m proud of.”