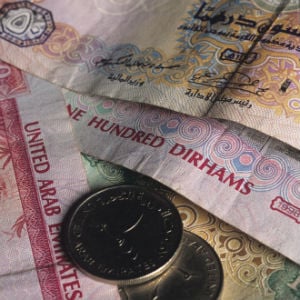 Government-related entities (GRE) in the UAE are due to repay $30 billion of debts maturing this year, the International Monetary Fund has announced in a statement.

“The Dubai World debt restructuring was completed, but several other troubled GRE are still in the process of restructuring. GRE indebtedness, refinancing needs and reliance on foreign funding remain high,” it said, adding that “significant amount of debt is falling due in 2014-15.”

Dubai’s problems with debt came to the forefront in 2009, when one of its main holding entities, Dubai World, announced a standstill on its debt repayments. The company was eventually forced to reach a restructuring deal with creditors.

In January this year, Moody’s rating agency estimated that Dubai, along with its related entities, has debts worth around $101.5 billion.

However, Sheikh Ahmed bin Saeed Al Maktoum, chairman of Dubai’s Supreme Fiscal Committee, confirmed that Dubai’s GREs would not restructure the debts due in 2012. He added that the debts might be refinanced, and that the government would support its companies through “various options.”

The IMF report said its directors “welcomed the consolidation plans in Dubai, which will help improve the emirate’s debt sustainability in the face of contingent liabilities related to GRE and the still weak real estate market.”

However, it added that the UAE needed “further deleveraging and strengthening of impaired GRE balance sheets, increased transparency, and improvements in corporate governance at GREs.”