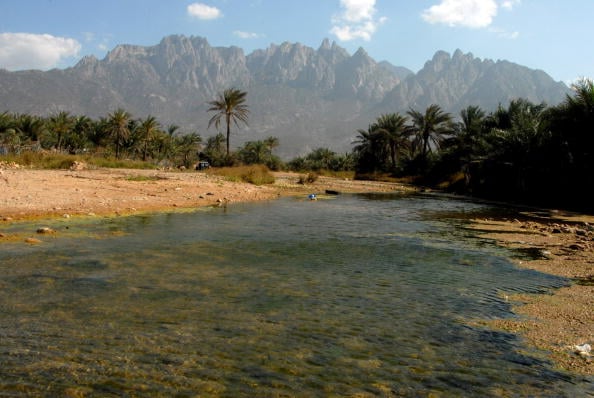 The statement on Sunday followed reports by publications including the UK’s Independent accusing the emirates of annexing Socotra by building a military base and other facilities.

A Twitter account claiming to be that of Dagher appeared to imply on Sunday that the UAE would not have been able to conduct operations in Socotra were it not part of a Saudi-led coalition, which has been fighting alongside the government against the Houthis in the country’s civil war since 2015.

The tweet appeared to be one of only four made since the account was activated in February 2018.

The UAE Ministry of Foreign Affairs said in a statement on Sunday the comment was “attacking the UAE in a manner that goes counter to reason and realities on ground and does not do justice to the monumental efforts the UAE is making within the Saudi-led Arab Coalition in support of Yemen, and its stability and security”.

It added: “MoFAIC denounces the inclusion of the issue of sovereignty in a way that does not have anything to do with the present crisis-ridden situation, specially under the current circumstances”.

The ministry went on to claim the Muslim Brotherhood was instigating a media campaign against the UAE related to Socotra, which stands at a strategic location at the mouth of the Gulf of Aden, to distort its image.

The Independent report claimed the UAE had annexed Soctora island by building a military base, setting up communications networks, conducting its own census and inviting residents on flights to Abu Dhabi for free healthcare and work permits.

The publication said critics were accusing the emirates of seeking to transform the island into a permanent military outpost and holiday resort.

The ministry said the UAE was playing a “balanced role in the Yemeni Socotra Island to establish peace and stability and support developmental projects for the island’s residents”, some of which had been opened by the prime minister.

It went on to deny the country had any ambitions “in sisterly Yemen or any part of it” and repeated that it was conducting operations for security and stability.

“The UAE affirmed the need of concentration in this stage on confronting the Houthi danger, rather than distracting the Arab Coalition’s efforts by triggering unrealistic side tensions that only serve the Houthis and avail them opportunities to pursue their coup and hijack Yemen and its capabilities.”

The statement comes as the UAE and Saudi Arabia battle for influence on the east coast of Africa with Qatar and Turkey.

The rival has intensified since last June when the emirate, Saudi Arabia, Bahrain and Egypt led a boycott of Qatar over its alleged support of terrorist groups.

The UAE and Somalia ended military cooperation last month after a private plane carrying $10m to pay soldiers was seized. Officials in Mogadishu have also accused the UAE of conducting unauthorised operations in other parts of the country through port deals in Berbera and Puntland.