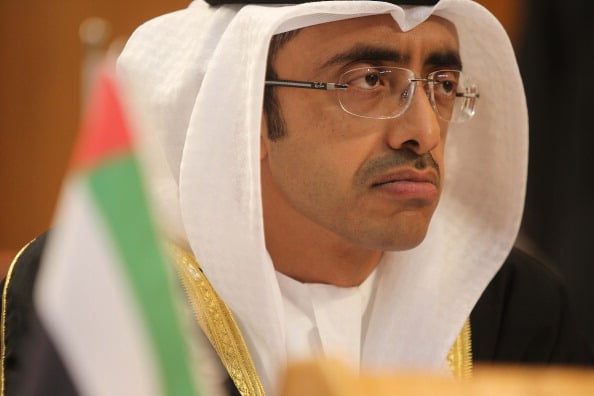 The UAE has expressed concern about the US Congress passing the ‘Justice Against Sponsors of Terrorism Act’ last week.

The bill, passed on Friday, will allow the families of 9/11 victims to sue Saudi Arabia in US courts.

The UAE’s minister of Foreign Affairs and International Cooperation Sheikh Abdullah bin Zayed Al Nahyan said that the bill is “contrary to general liability rules and the principle of sovereignty enjoyed by states.”

“This law is not equal with the foundations and principles of relations among states, and represents a clear violation given its negative repercussions and dangerous precedents,” official news agency WAM quoted him as saying.

Sheikh Abdullah warned of the negative effects of the law on all countries, including the US, and the possible impact of chaos in the context of international relations, emphasising that “such laws will negatively affect international efforts and cooperation to combat terrorism,” the report said.

He stressed that the UAE is looking forward to the US legislative authorities reviewing the bill and not ratifying it in light of the serious consequences associated with implementing it.

The bill, which was passed unanimously by the US Senate in May, now heads to President Obama’s office for ratification.

Read more: US Senate passes bill that will allow 9/11 victims to sue Saudi

If it becomes law, it will remove the sovereign immunity for countries found to be involved in terrorist attacks on US soil.

It would allow survivors of the attacks and relatives of those killed to seek damages from other countries. If passed, several lawsuits are expected to be filed against Saudi Arabia, which has denied any role in the 9/11 attacks.

Earlier in the year, the kingdom’s foreign minister Adel bin Ahmed al-Jubeir said his country’s objection to the bill is based on principles of international relations.

“What (Congress is) doing is stripping the principle of sovereign immunities which would turn the world for international law into the law of the jungle.”