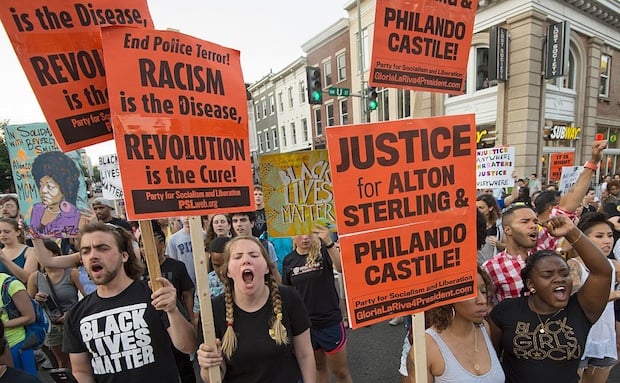 The United Arab Emirates embassy in the United States has urged Emiratis in the country to avoid places of protests and demonstrations and “stay alert”.

In a message on Twitter, the UAE embassy also provided a helpline number to its citizens (0012024315530) for any emergencies.

The warning comes as several states in the US have been hit by a wave of protests following the killing of two African-American men by police this week.

Supporters of the ‘Black Lives Matter’ campaign have been holding marches across the US, including in Washington DC, Atlanta and Miami.

Five police officers in Dallas were also shot dead on Thursday by a lone gunman.

Eugene Puryear, the march organiser in Washington, told CNN that the shooting of the officers was tragic but ‘inevitable because of police violence against African-Americans’.