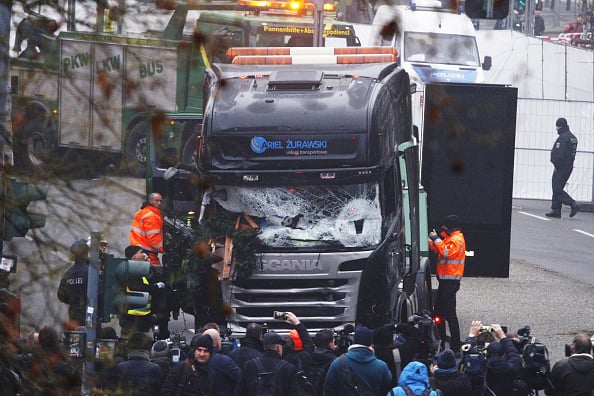 The UAE Embassy in Berlin has advised Emiratis in the German capital to avoid crowded places following a suspected terrorist attack on Monday evening.

A lorry drove into the Berlin Christmas market at around 8pm killing at least 12 people and injuring dozens of others in an incident that appeared to copy an attack in Nice, France in July that killed 84.

In a tweet the embassy also advised UAE citizens to carry documentation and cooperate with authorities.

The UAE condemned the “terrorist” incident in a report on state news agency WAM.

“In a statement, the UAE Ministry of Foreign Affairs and International Cooperation, stressed its fixed position towards the renunciation of violence and terrorism in all its forms, saying that these criminal acts that target innocent civilians are incompatible with human values and ethical principles, according to the report.

“The Ministry offered condolences to the family of the deceased and wished the wounded a speedy recovery.”