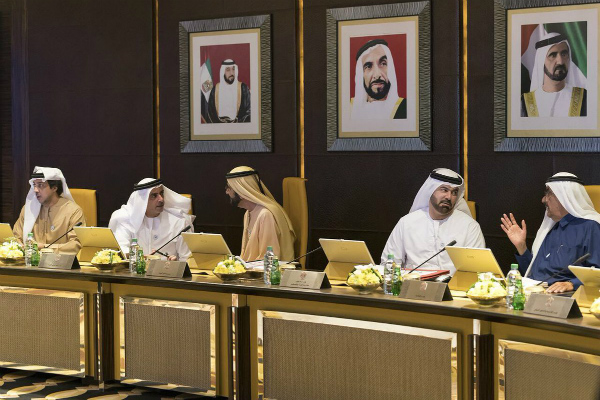 The UAE is set to distribute 70 per cent of value added tax revenues to local governments, the country’s prime minister has announced.

Sheikh Mohammed Bin Rashid Al Maktoum, who is also the vice president of the UAE and ruler of Dubai, disclosed the decision in a tweet following a cabinet meeting.

He said the distribution of the funds was intended to improve local services, spur community development and support citizens.

A later announcement of the meeting by state news agency WAM confirmed that funds would be distributed to each of the UAE’s seven emirates to “support development projects that serve the needs of the society”.

“The council affirmed that the value added tax is part of the efforts of the government of the UAE to continue to apply the best international policies and practices to serve the national economy and without any impact on the welfare and happiness of citizens,” according to WAM.

The UAE implemented the 5 per cent value added tax rate on January 1 alongside neighbouring Saudi Arabia.

It applies to most goods and services including food and beverage products, utilities and fuel.

The UAE’s minister of economy, Sultan Al Mansouri, previously indicated the tax could generate Dhs12bn ($3.26bn) for the country in its first year and Dhs20bn ($5.4bn) in its second year.

However, the cost of living for citizens and residents in the country is expected to increase 2.5 per cent as a result, according to some forecasts.

Last week, the chairman of the Department of Economic Development – Abu Dhabi said the tax would help develop a sustainable economy and wean the country off oil.