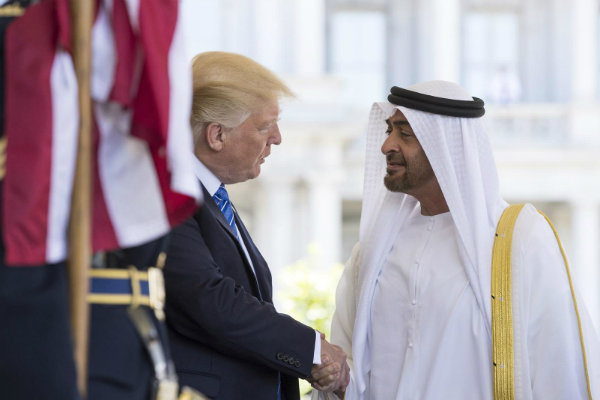 The deal will allow the UAE and US to work “more closely” together to address common security threats” White House press secretary Sean Spicer said.

“The president hopes to work together even more closely to resolve regional conflicts that [have] raged across the region for too long,” he added

During the meeting in the Oval Office the two discussed bilateral cooperation, including in counterterrorism, trade, investment and efforts to counter Iran.

Last year, the US had a $19bn trade surplus with the UAE and the emirates remains the US’ largest export market in the Middle East and North Africa.

The UAE Crown Prince, who is in a two-day visit to Washington also formally invited the US to participate in Dubai Expo 2020.

Later in the day Sheikh Mohammed also met with US secretary of defence James Mattis where the cooperation deal, joint operations to defeat terrorist groups in the region and Iran’s ballistic missile programme were discussed, according to UAE state news agency WAM.

President Trump is due to visit Riyadh this weekend where he will meet with Saudi leaders, other GCC officials and heads of state of several Islamic countries.

Saudi Arabia’s King Salman said on Monday the Islamic summit, which will take place next Sunday after talks with Saudi Arabia and the GCC, would strengthen global security and expressed hope it would enhance ties and promote tolerance.