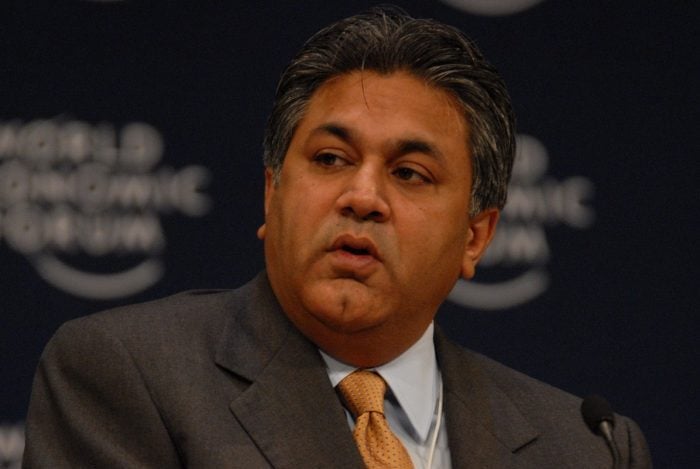 A Sharjah court has adjourned until July 5 a judgment against the founder of private equity firm Abraaj and another executive for issuing a cheque without sufficient funds, a lawyer close to the case told Reuters on Thursday.

The public prosecutor’s office in Sharjah, one of the United Arab Emirates, issued arrest warrants earlier this month against Arif Naqvi, who founded Abraaj in 2002, and fellow executive Muhammad Rafique Lakhani for issuing a cheque that bounced.

The warrants relate to a cheque for Dhs177.1m ($48m), signed by Naqvi and Lakhani, and written to Hamid Jafar, another founding shareholder in Abraaj, according to a clerk in the prosecutor’s office who confirmed the validity of the document.

This is the latest setback for the Middle East and Africa’s biggest private equity fund, which has been locked in a dispute with four investors over the use of their money in a $1bn healthcare fund. Abraaj has denied misusing funds.

The row has shaken investor confidence in the Dubai-based firm, halted its fund raising activities and sparked debt repayment problems, forcing Abraaj to file for provisional liquidation in the Cayman Islands.

Naqvi in February handed the running of Abraaj to two co-chief executives, split it into Abraaj Holdings and Abraaj Investment Management Ltd (AIML), and put AIML up for sale. He remains the single largest shareholder of Abraaj Holdings.

Last week, a court in the Cayman Islands, where Abraaj is incorporated, appointed provisional liquidators for Abraaj Holdings and AIML as the firm tries to restructure its debt.

Reuters reported earlier this month that Jafar provided Abraaj with a private loan which was later transferred to the Saint Vincent-based Auctus Fund, citing an adviser to his family. Auctus is suing Abraaj in the Cayman Islands for non-payment of debt.

The Cayman Islands filing said Auctus’ “predecessor” extended $100m to AIML on Dec. 21, 2017 to be paid back on Feb. 28 under an oral agreement with Naqvi.

Abraaj Holdings was supposed to provide security for the loan but, according to the filing, failed to do so. Two cheques issued by AIML, dated Feb. 28, to partially secure repayment of the loan bounced on May 3, the filing said.

Naqvi’s lawyer said one of those cheques was the one submitted to police by the Jafars.