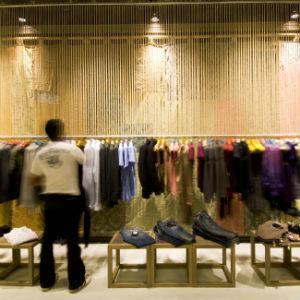 Consumer confidence levels in the UAE are at their highest since 2009, according to the latest MasterCard Index survey.

With a score of 86.0 up from 82.1, consumers in the country are happier now than they were six months ago and are optimistic for the rest of the year.

Eyad Al-Kourdi, vice president of MasterCard Worldwide, UAE, said: “The consumer confidence score for the UAE is at its highest since 2009, highlighting that the positive performance seen in key sectors like retail and hospitality is trickling down to impact consumer sentiment.

“The UAE’s continued growth has led to consistently high scores in the last couple of years,” said Al-Kourdi.

Optimism across the Middle East is also high with consumer confidence levels at an average of 83.5 – a higher score than that of Asia/Pacifc (57.2) and Africa (76.1).

Other findings from the MasterCard Index Worldwide of Consumer Confidence shows consumer confidence in the Middle East is highest in Qatar with a score of 96.6 while Egypt has scored it’s highest ever average with 90.7.

All markets survey across the region showed positive levels of consumer confidence, except for Lebanon. Confidence levels have fallen massively, crashing from 70.5 at the start of the year to 44.3.