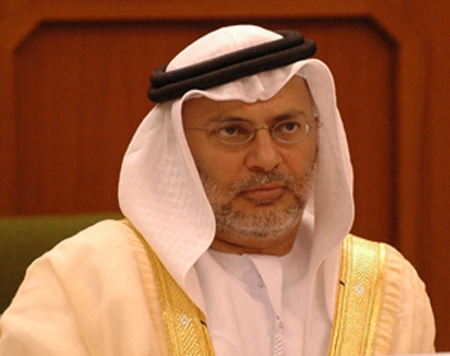 The UAE has condemned a European Parliament resolution criticising its human rights record as “biased and prejudiced”, accusing the chamber of insufficient research.

The resolution, which was passed on Friday, attacked the Gulf Arab state’s treatment of political dissidents and its use of the death penalty while calling on the major oil producer to respect the rights of women and migrant workers.

The UAE is the world’s fifth-largest oil exporter and is an important business partner for the European Union, with bilateral trade last year reaching 41.4 billion euros. Abu Dhabi and Dubai, the richest, most populous of the seven emirates, are also home to many European nationals.

“The biased and prejudiced report levelled unsubstantiated accusations without examining the facts of the situation on the ground,” UAE Minister of State for Foreign Affairs Anwar Gargash said late on Friday.

He praised the UAE’s achievements “particularly in the field of migrant workers rights … and the empowerment of women”, saying that people from more than 200 nations lived in the country “in an atmosphere of openness and tolerance”.

The European resolution was not backed up by any threat of action against the UAE, but international criticism of the U.S. ally in the Gulf has caused friction in the past.

This summer the UAE blocked BP from bidding for a major oil concession partly because of London’s response to the Arab Spring and due to criticism from British newspapers, several well-placed sources in the emirates told Reuters in August.

The European parliament resolution said the UAE had “accelerated its crackdown on human rights defenders and civil society activists, bringing the number of political detainees to 64”, most held in solitary confinement and without legal help.

It said others had been subjected to harassment, travel bans and deportation.

The UAE says it has no political prisoners and says the detainees whose cases have been cited by international rights groups are Islamist militants who threaten the state.

Last week, Gargash sent a tweet criticising Britain’s Guardian newspaper for an editorial in which it questioned the UAE’s human rights record.