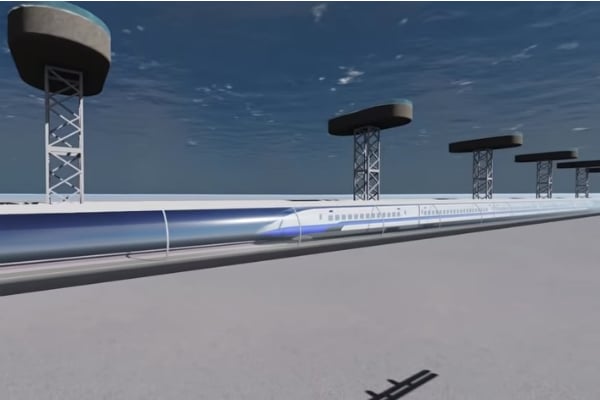 A UAE company has proposed an undersea rail link that would could the country to India and Pakistan.

Khaleej Times reports that National Advisor Bureau Limited, a consultancy firm based in Masdar City, is exploring the concept.

The firm’s previous ideas have included the towing of icebergs to the UAE coast from Antarctica to provide drinking water and cool the local climate.

Read: UAE aims to tow icebergs to its coast from Antarctica by 2020

Managing director Abdulla Alshehhi told the publication that the floating rail network concept would allow travel from Fujairah on the UAE’s East coast to Mumbai.

It would also include a water pipe and an oil pipe to trade natural resources between the two countries.

“We plan to connect Indian city of Mumbai with Fujairah through ultra-speed floating trains. The project aims to boost bilateral trade,” he was quoted as saying.

“There will be export of oil to India from Fujairah port and import of excess water from Narmada River, north of Mumbai. In addition, other GCC partners can also improve export and import.”

Alshehhi said a feasibility study was planned for the network, which he described as “a cool project to look at”. It would span around 2,000km across the Arabian Sea.

The company has produced a video showcasing the concept. This shows a tunnel positioned below the surface of the water supported by a series of floating platforms. The video mentions that the trains would travel at 1,000kph and a proposed second branch of the network linking the UAE to Karachi in Pakistan.

Alshehhi gave an update on the iceberg project, saying a pilot phase to Australia or South Africa was hoped to begin in the third quarter of next year.

“We will seek mutual cooperation with MIT in the US. There are many technical aspects and dimensions to this project,” he said, noting how icebergs currently disintegrate by the time they reach Australia’s Heard Island.

“It will be on a smaller scale and once we succeed we will do it on a bigger platform.”