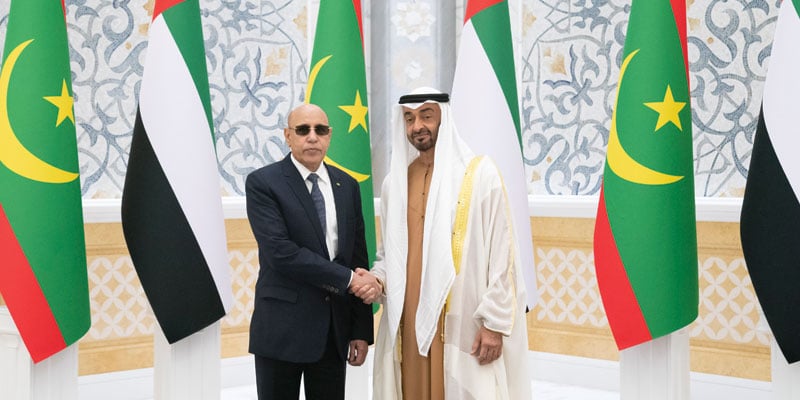 The President of Mauritania, Mohamed Ould Ghazouani, arrived in the UAE on an official state visit on Sunday.

During the visit, the UAE has said that it has allocated $2bn to fund investment and development projects in Mauritania, according to a report by official news agency WAM.

Significantly, the two countries also exchanged an MoU on a mutual visa waiver.

An agreement was also reached between the Khalifa Fund for Enterprise Development and the Mauritanian Ministry of Economy and Industry to fund SMEs in Mauritania.

As part of the official state visit, the president of the West African country – which is also a major member of the Arab League – visited the Founder’s Memorial in Abu Dhabi.