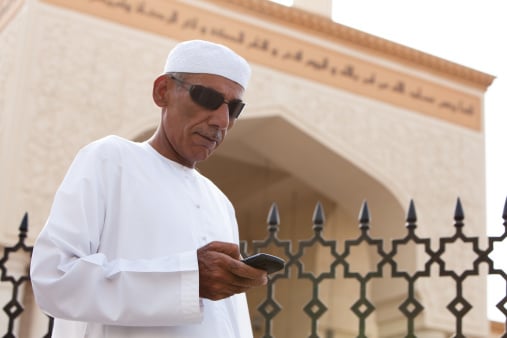 The UAE’s President Sheikh Khalifa bin Zayed Al Nahyan has issued a federal law to tighten regulation of mosques in the country and restrict jobs to nationals.

Under the new regulation, a number of acts are prohibited at mosques, prayer spaces and Eid Mussalas without a licence.

These include giving lectures or sermons, organising seminars, conducting Quran memorisation circles, collecting donations or other aid, appointing or assigning any person on a temporary or permanent basis to hold or organise religious or social events, distribution of books, leaflets, audio and video recordings, I’tikaaf and the bringing of food inside the mosque.

Furthermore, mosques are prohibited from belonging to any illegal group or from carrying out any political or organisational activity.

Staff cannot preach and recite, teach religious lessons and run Quran memorisation activities outside mosques or be involved in entities authorised to participate in any media activities without prior permission from the competent authority

The collection of donations or financial or in-kind assistance for third parties is also illegal, as is begging in mosques or “any activity that would disrupt the security and sanctity of mosques and prayer spaces”.

Other provisions include that candidates for jobs in mosques have to be Emirati and of good conduct, “with no arrests, citation or criminal record in felonies or misdemeanours relating to honour or personal integrity, unless they have been cleared of any charges”.

Candidates must pass tests, be medically fit and have appropriate qualifications accredited by the government.

Residents may only be appointed to vacant mosque positons in the absence of Emirati candidates.

The local authority is responsible for naming mosques and it may, with consent, designate the mosque according to the donor’s wishes.

A similar name may not be used by another mosque in the same city unless approved by the concerned local authority.

The UAE Cabinet will issue executive regulations to implement the provisions of the law within six months from when it comes into force.