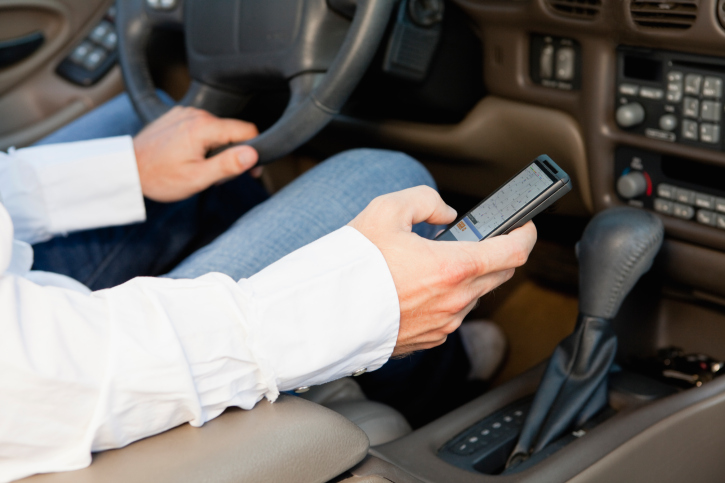 The UAE is clamping down on the use of mobile phones while driving, and has warned that violators will face harsh penalties.

In a statement, Colonel Saif Al Mazrouei, director general, Department of Traffic, Dubai Police said that any motorist speaking on a mobile phone held in his/her hand at a traffic light or an intersection will face a fine of Dhs200 and receive four black points.

“The driver can be preoccupied with the call at an intersection or red signal and this may lead to disruption of traffic or an accident,” he said.

“If the driver of the vehicle wants to talk on the mobile phone, stop at a safe place on the side of the road, or wait until one’s destination is reached.”

Al Mazrouei also clarified that motorists can use a hands-free set to speak when the car has stopped at an intersection or a red signal.

He added: “Writing, surfing, or sending email while driving is also very dangerous.”

Officials have also cautioned drivers not to take selfies while on the road, saying the move can cause accidents.

Apart from mobile phone usage by motorists, the UAE has also introduced new rules to penalise the use of make-up by motorists.

A fine of Dhs1,000 will be slapped on women drivers found applying make-up and men who comb their hair or adjust their traditional Arabic head-gear while driving, according to a circular issued by the UAE’s Ministry of Interior and sent to traffic departments across the country.

Violators of the new rule, classified under the dangerous driving category, can also receive 12 black points and have their vehicles impounded.

Al Mazrouei warned that the violation, considered ‘more dangerous than using a mobile phone while driving’, comes under the purview of the Federal Traffic Law.