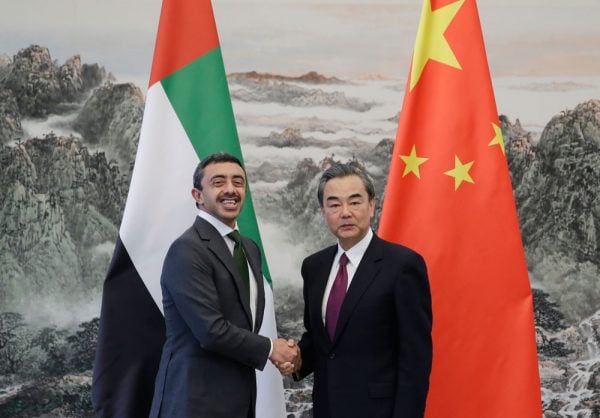 UAE citizens will from Tuesday be able to visit China without obtaining a pre-entry visa.

An agreement signed between the two countries last year comes into effect on January 16, allowing UAE nationals travelling with regular passports to stay in China for up to 30 days.

This followed the UAE’s granting of visa on arrival entry to Chinese passport holders in 2016.

“The UAE has become a model for good governance, moderation and peaceful co-existence and a symbol for achievement and excellence at the international levels,” he said.

However, only 10,000 Emiratis have visited China in 2017, according to the country’s embassy in Abu Dhabi.

China opened a Middle East visa application centre in Dubai in September in an attempt to speed of applications.

The two countries are also working on trade links as part of the One Belt, One Road initiative including at Khalifa Industrial Zone Abu Dhabi.