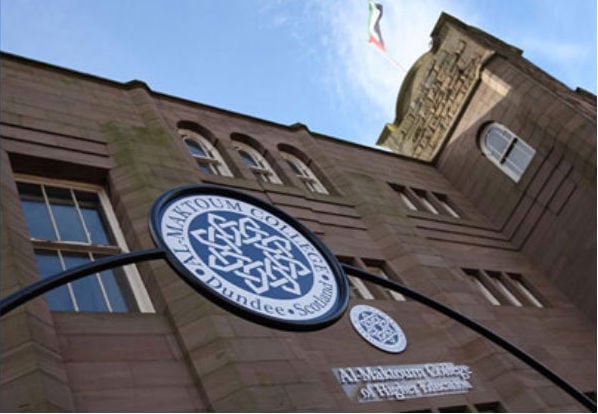 The UAE has built a mosque worth $2 million near Al-Maktoum College of Higher Education (AMCHE) campus in the Scottish city of Dundee, state news agency WAM has reported.

The mosque was funded and built under the patronage of Sheikh Hamdan bin Rashid Al Maktoum, deputy ruler of Dubai and the UAE’s minister of finance. Abdul Rahman Ghanem Al Mutaiwee, the UAE’s ambassador to the UK, inaugurated the mosque.

The mosque is three stories high and measures 650 square metres. It is designed to accommodate 160 male and 100 female worshippers.

In addition to prayer halls, there are also rooms for meetings and events.

The mosque is the first of its kind in Dundee and will be open to the general public for worship.

Present at the opening ceremony were Mirza Al Sayegh, chairman of the AMCHE’s Board of Trustees, Dr Ahmed bin Hazeem, director of Dubai Courts, Lord Elder, chancellor of AMCHE and Hussein Halawa, Imam of the Islamic Cultural Centre in Dublin.

AMCHE was established in 2001 with the aim to promote multicultural understanding about muslims and Islam in general.