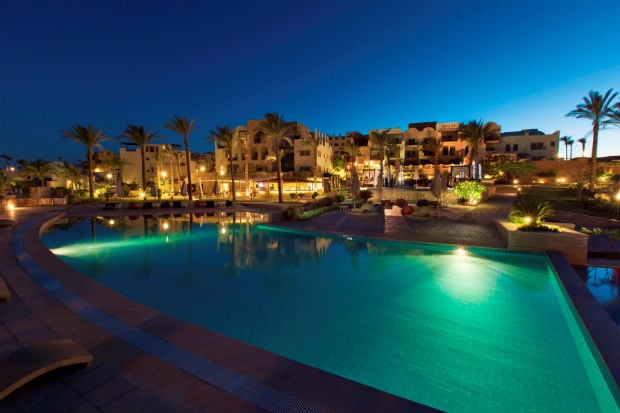 UAE-based hospitality firm Time Hotels Management was awarded a management contract for a luxury property in the Sahl Haseesh development on Egypt’s Red Sea coast, it said in a statement.

The firm will manage a hotel and serviced residences called TIME Renero Resort Azzurra and TIME Suites Azzurra respectively – both of which are part of the Azzurra project in the Sahl Haseesh development.

The hotel, which is scheduled to open under the Time Hotels banner this November, will offer a total of 87 guestrooms and 110 suites. The residences comprise of 287 units of one, two and three-bedroom homes.

“With a stunning location, the TIME Renero Resort Azzurra and TIME Suites Azzurra are a fabulous addition to our growing portfolio of regional properties, and offers a genuine five-star beachfront lifestyle right in the heart of a glamourous coastal community,” said Mohamed Awadalla, CEO, Time Hotels.

“Not only does this broaden our reach across the region it also widens the appeal of the Time brand, adding our first beach resort to our portfolio which will be supported by our new reservations centre in Cairo.”

Resort facilities include an all day dining restaurant, seven swimming pools, playgrounds, a full service spa, gym, five tanning terraces, a clubhouse, and a kids club along with a lounge and reading room.

“In effect we will have two operations, one dedicated to the hotel and one assigned to the public areas. The latter will also manage requests from owners or tenants in the residences who may want to take advantage of the five-star hotel service,” said Awadalla.

The Sahl Hasheesh development stretches across 40 million square metres and is just 20 kilometres from the popular Egyptian tourist destination Hurghada.

Tourism in Egypt has suffered in the past two years due to political protests and unrest following the ouster of ex-president Mohammed Morsi in 2013.

According to the tourism ministry, revenues from visitors dropped 50 per cent during the first quarter of 2014. Income from tourists fell from $12.5 billion in 2010 to $5.8 billion in 2013 owing to a rise in travel warnings to Egypt late last year after a few unprecedented attacks on tourists.

The Arab country has however chalked out an ambitious plan to attract around 25 million tourists by 2020 and to double revenues to $25 million, a senior official said.