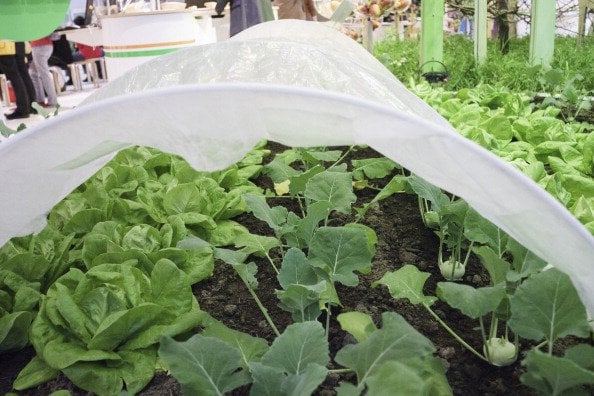 The company said a “leading federal government-backed fund”, its technology partners and a consortium of angel investors from around the world provided the financing.

It plans to establish a 3.3-hectare farm site in Nahel where it will build the country’s first high-tech commercial-scale greenhouse for year-round tomato production using pressure climate control technology with a hybrid evaporative and mechanical cooling system.

Pure Harvest said this be used for a variety of crops including tomatoes, capsicums, cucumbers, eggplants and strawberries.

The company previously stated its intention to supply premium produce to retailers, airlines and hospitality distributors to replace imported and seasonal fruit and vegetables.

With funding secured this will be completed by mid-2018 and it is expected to begin selling products in the second half of next year.

Pure Harvest said it also intends to “quickly expand” in the region due to the same challenges of import-dependence, water shortages and climate-driven production constraints faced across the Gulf Cooperation Council.

The company has appointed a new advisor and Saudi Arabia partner, Sultan bin Khalid Al Saud, as it seeks a “near-term” expansion into the kingdom.

“We now have sufficient capital to deploy our solution on a commercial scale and to demonstrate to our many stakeholders a future where high quality, sustainably grown, fresh local produce can be abundantly available every single day… and at a lower cost & environmental impact than current imports,” said Pure Sky CEO David Kurtz.