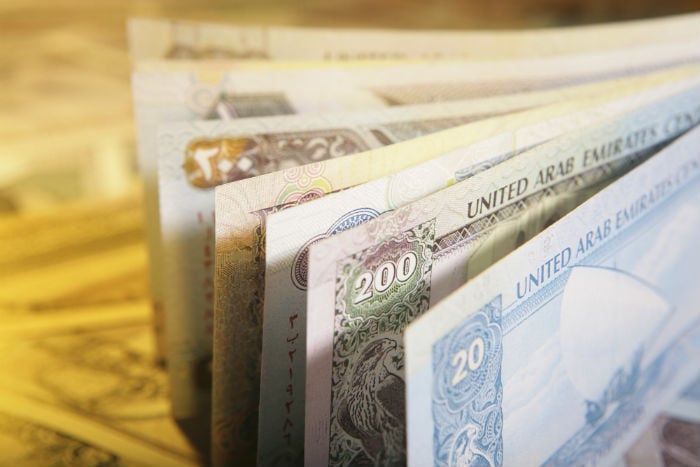 Banks in the United Arab Emirates will this year aim to repay capital placed with them at the height of the global financial crisis, with some turning to the bond market to avoid servicing expensive debt and risking a sudden ‘capital cliff’ later on.

The country’s Ministry of Finance placed Dhs70 billion ($19.1 billion) with banks to shore up their balance sheets after the collapse of Lehman Brothers in September 2008 triggered a seizure of the world’s financial system.

But this support, which was converted into seven-year capital-boosting bonds in late 2009, was priced at a higher interest rate than the banks would pay if they borrowed money in today’s market.

For example, National Bank of Abu Dhabi, the UAE’s largest lender by market value, has a $750 million bond maturing in March 2017 that was trading on Tuesday at a yield of 2.36 per cent – less than half the price it will pay this year on the Dhs3 billion of government bonds it still has outstanding.

“If you look at how much banks are paying on the bonds compared to where their senior debt is trading, it is a significant difference,” said Timucin Engin, associate director for financial services ratings at Standard & Poor’s.

And the price for banks will continue to rise; they are due to pay five per cent on the bonds this year and 5.25 per cent in the final three years to maturity, having paid 4.5 per cent in 2012 and four per cent for the first two years of the bonds.

This price differential between the government bonds, which contribute to a bank’s Tier 2 or supplementary capital, and market prices for new debt is leading many in the market to conclude that banks will aim to use the current low interest rate environment to replace the more expensive obligations.

“Abu Dhabi Commercial Bank may kick off the bond sale round, but most banks in Abu Dhabi that converted the government deposits will follow,” a senior UAE banker said.

Banks going to the bond market could either raise ordinary debt and use the cash to repay the government instruments, or sell a new subordinated offering.

The latter option would help retain the boost to a bank’s capital ratio, but the cost would be more expensive; three traders estimated NBAD would have to pay between 0.5 and 0.7 per cent extra to issue five-year subordinated debt.

Also, UAE banks already have strong capital ratios, especially compared to their Western counterparts, so the need to replace the capital isn’t as great.

Regardless of how banks replace the bonds, the desire among UAE bankers to do it now is heightened by the fact that the capital worth of the instruments has already begun to diminish.

Under the terms of the government bonds, the weight attached to the capital decreases over time. This year, instead of receiving 100 per cent of the benefit as before, banks can only count an 80 per cent boost to their capital.

This will fall further, by 20 percentage points each year, until the bonds reach maturity at the end of 2016, when they will be worth just 20 per cent.

“We will have to do something about it at some point, because no bank wants to fall off a capital cliff down the line,” Surya Subramanian, chief financial officer at Emirates NBD, which has Dhs12.6 billion outstanding, told a Jan. 31 conference call for the media.

Some banks have already begun addressing the bonds using their own cash resources. NBAD originally converted Dhs5.6 billion of support into bonds but repaid Dhs2.6 billion last year, while National Bank of Ras Al Khaimah, the UAE’s ninth-largest bank by market value, repaid all its Dhs684.5 million of support during 2012.

And with loan growth in the UAE economy modest, banks can use their liquidity to retire the expensive bonds instead of parking it in short-term investments or with the central bank, Engin said.

According to central bank data, loan growth across the UAE banking sector was 3.4 per cent in the first 11 months of 2012, while certificates of deposit increased 12.8 per cent.

Using such liquidity to repay the bonds, or just replacing them with new debt raised at current market rates, should have a marginally positive impact on profitability in 2013, said Sebastien Henin, portfolio manager at The National Investor.

“It will be positive as they will be able to raise cash at cheaper levels but, in terms of net profit, I don’t think it will be huge – a few percentage points maybe,” Henin said.