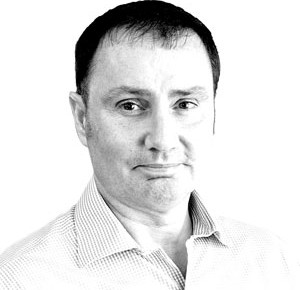 Many of our readers are justly concerned about the security of their present global banking arrangements. It is after all only prudent in the current environment to take maximum precautions and to consider what are still some wildly unlikely scenarios when banking with your money.

To many, bank deposits appear to be very safe instruments. They pay very little interest and should therefore be very low risk indeed. But this is not always the case. Cyprus set a very nasty precedent in seizing a proportion of bank deposits last year and subsequent official statements from the European Union have confirmed that this will be a precedent for any future banking crises.

That is how life used to work before the age of universal systemic public bailouts. If a bank got into trouble, the depositors lost their money, and nobody else. Only when the banks became ‘too big too fail’ did it become incumbent on governments to bail them out for fear of a catastrophic implosion of the banking system like the one that happened in the Great Depression of the 1930s in the US and Europe.

The US has certainly done a great deal to shake out and recapitalise its banking system since the global financial crisis six years ago. However, even there, recent stress tests have not shown the banking system to be entirely safe in a repeat of the last breakdown in financial markets. At the very minimum, readers with US exposure ought to consider whether to shift deposits away from the banks at the top of this list.

But that is not really the point of this article. We are specifically concerned about how secure the banks of the UAE would be in another major global financial crisis.

Dubai has already been through its biggest crisis of a generation and Abu Dhabi has been understandably keen to make sure that it is not quickly repeated. Any debt problems this time round would be on a smaller scale and swiftly dealt with by Abu Dhabi. It helps that Abu Dhabi is a financially conservative player as well as the richest per capita city in the world in terms of hydrocarbon reserves apart from Doha.

The big difference between Abu Dhabi and Doha is that the former is a huge net creditor while the latter is a massive net debtor. Abu Dhabi has not only paid off its hydrocarbon infrastructure long ago but it has also been saving up its oil and gas revenues for more than 40 years. Its sovereign wealth funds are the largest in the world per capita and believed to be worth in excess of $1 trillion or three years of oil production at current prices.

The IMF has estimated the total current debt of Dubai at $140 billion, a figure hotly disputed by local officials. But even this is something of a drop in the ocean for the wider federation of the UAE, to which every emirate is only too keen to stress its firm membership of since the last global financial crisis.

You should also consider how the UAE behaved towards its banks in the last global financial crisis. All deposits for any amount were 100 per cent guaranteed for three years, and that included both local and international banks regulated by the Central Bank of the UAE.

Why so generous? Well, the UAE is a paternalist government that protects the interest of its own nationals. Also, the move to guarantee deposits cost nothing and saved the country countless billions of lost business. Would the same thing happen again? Almost certainly. It worked well once before, so why not do it again?

You can see then why so much money came into the UAE during the Arab Spring. This also highlights another advantage of the UAE banking system.

It is more open than most even though very recently, certain nationalities have been barred from setting up new companies, obtaining visas or opening up bank accounts here.

On top of that, the UAE has no tax on earned or unearned income, capital gains or companies. There is no tax authority to be concerned of and depositors like that too.

As a whole therefore, the UAE is the perfect destination for a bona fide depositor just looking for somewhere in the world to safely stash away his cash for a rainy day, away from the prying eyes of the taxman.