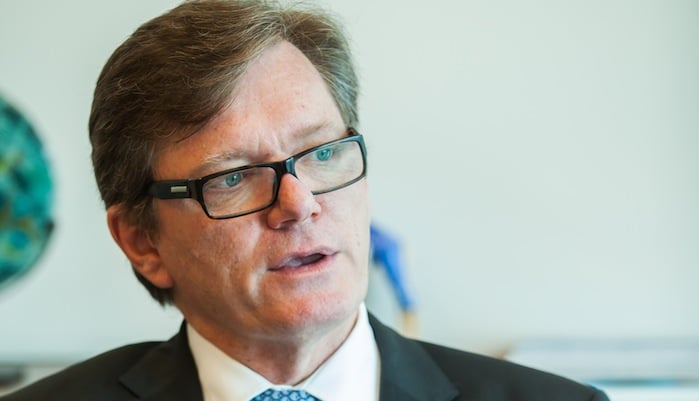 The UAE’s banking sector is too crowded, with too many lenders competing to cater to a relatively small population, a senior banker has said.

Speaking exclusively to Gulf Business, Shayne Nelson, the CEO of Emirates NBD, said that banks in the country are struggling to diversify their income streams.

“There are a lot of licensed banks in the UAE, but the population isn’t that big. It’s unusual for so many banks to be in a country that has the population that the UAE has,” he said.

Currently, around 54 banks operate in the country, not including those that function out of the Dubai International Financial Centre (DIFC).

As competition increases, banks are fighting hard for marketshare, said the CEO, adding that consolidation would help the industry.

One of the biggest mergers in the local market took place when Emirates Bank International and National Bank of Dubai merged in 2007 to create Emirates NBD, Dubai’s largest bank. It is now the UAE’s second largest lender in terms of assets, after National Bank of Abu Dhabi.

“Emirates NBD is an example of where we had two good mid-size banks create a regional champion and we need more of that going forward.

“If you really want to get economies of scale and the capability to diversify your earnings, you need size and capital. And mid-size banks are going to find that difficult because what they can buy will be quite limited for the amount that they can put forward,” he said.

According to Nelson, in-market mergers work much better monetarily, because banks can cut costs on several aspects – such as reducing branch numbers. “An in-market merger is always one of the best things that can happen economically.”

However, a lot of issues tend to arise during in-market mergers, especially when it comes to deciding the management, he added.

Also, such mergers could be particularly challenging in the UAE because of the ownership structure of local banks.

“A lot of the banks here are controlled by families, which will probably make it a bit more difficult,” said Nelson.

The full interview with Shayne Nelson will be published in the September issue of Gulf Business.