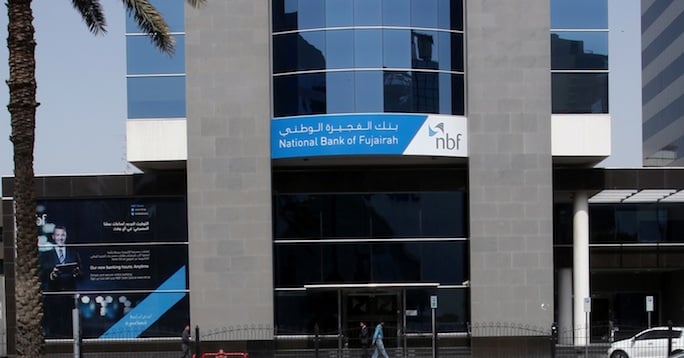 National Bank of Fujairah (NBF) expects to outperform its rivals with double-digit loan growth in 2015 as buoyant demand in sectors such as trade finance, services, manufacturing and education offset slight softness in the infrastructure market, its CEO said on Tuesday.

NBF is one of the smaller players in a crowded United Arab Emirates (UAE) banking sector, which Chief Executive Vince Cook said allows it to be more selective on business sectors than some of its larger rivals.

“General expectation for the market is generally sort of high single digits, maybe low double digits [in loan growth]. We will do better than that,” he told reporters.

There are 51 banks in the UAE, which has a population of roughly 8 million.

“We’re not in the top 10, so we can be very selective about what business we do but be very meaningful in those segments. So our business is targeted at certain customer groups and we make sure we are the bank to go to for those groups.”

NBF’s balance sheet and revenue growth so far this year is at a percentage in the high teens, Cook said.

Between 50 per cent and 60 per cent of the bank’s business is in Dubai, where the market remains very strong, he said, adding that it is also performing well in Fujairah and Abu Dhabi, which account for much of the bank’s remaining business.

Cook said that growth has been particularly buoyant in trade finance, though volumes of new business in the infrastructure sector were less encouraging.

“There’s a sort of wait and see while oil prices, dollar and currency rates stabilise a little bit. We are not seeing a dramatic shift one way or another,” he said.

Oil prices have recovered after slumping close to a six-year low of $45 a barrel in January. The U.S. dollar has weakened after the dollar index surged nearly 9 percent in the first quarter on the view that the Federal Reserve would raise interest rates soon. The UAE dirham is pegged to the dollar.

Cook said that NBF had not been hit by swings in the real estate market because it is not a big player in that sector.