UAE To Award Infrastructure Projects Worth $15.18bn In 2014 - Gulf Business 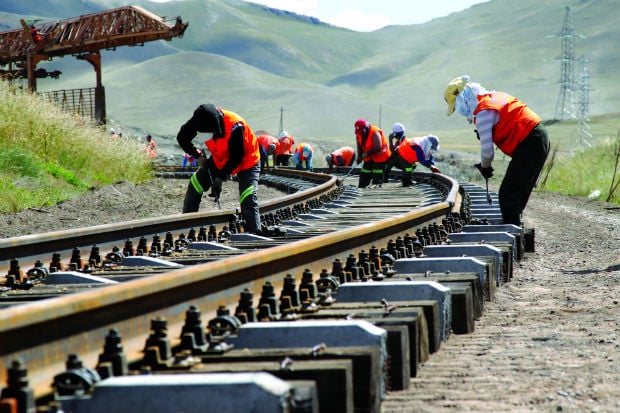 The UAE is expected to award infrastructure projects worth $15.18 billion in 2014, almost five times more than the value of contracts awarded in 2013, a study by construction intelligence firm Ventures Onsite showed.

The Gulf Arab country’s successful bid for the Expo 2020 has further fast-tracked plans to spend on infrastructure projects such as building roads and improving transport.

The UAE, in particular, is expected to spend heavily on its rail projects, with plans to spend almost $25 billion on railway infrastructure, according to the UAE’s National Transport Authority (NTA).

Around $11 billion has been allocated for the UAE’s national rail network Etihad Rail, which connects all emirates while Abu Dhabi’s Department of Transport has approved a budget of $8 billion for its metro project.

Investments in rail projects are also expected to push up infrastructure project awards across the GCC, Ventures Onsite noted.

“Rail networks create a more sustainable society that is not dependent on one mode of transport for passengers and goods,” said Feras Shadid, a rail assurance and asset management consultant.

“Also the environmental advantages of using railways have been documented extensively, and the rail projects will create a range of employment opportunities including high-tech engineering positions,” Shadid said.

Infrastructure project contracts across the region are forecast to exceed $86 billion in 2014, up 77.8 per cent over 2013, the report showed.

Qatar is expected to award projects worth $26.2 billion compared with just $9.4 billion last year while Kuwait will award $3.45 billion in 2014, almost 10 times the previous year.

Infrastructure project awards in Oman are expected to reach $7.4 billion, up $5.5 billion from 2013 while Bahrain, which awarded $382 million last year, is forecast to issue contracts worth $3.4 billion, the study said.

Although Saudi Arabia’s infrastructure project award forecast was the highest at $29.34 billion, the amount saw a year-on-year decrease from project awards worth $33.6 billion in 2013, Ventures Onsite said.