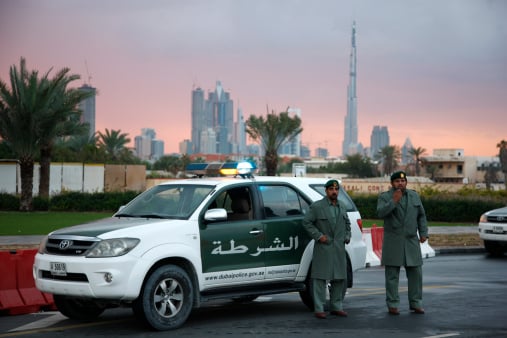 The United Arab Emirates said on Thursday it had arrested a seven-member group linked to al Qaeda which was planning actions against the Gulf Arab oil exporting country’s security.

State news agency WAM said the members were of various Arab nationalities and had been recruiting, financing and providing logistical support to al Qaeda. They had also sought to expand their activities to other countries in the region, WAM said.

“The cell was planning actions that would target the country’s security and the safety of its citizens and residents, and was carrying out recruitment, and promoting the actions of al Qaeda,” WAM said.

“It was also supplying it (al Qaeda) with money and providing logistical support and seeking to expand its activities to some regional countries,” WAM said.

The U.S.-allied UAE, a federation of seven emirates and a major trading hub that has supported Western efforts to counter militancy in the region, has been spared any attack by al Qaeda and other insurgency groups. But some of its emirates have seen a rise in Islamist sentiment in recent years.

In December the UAE said it had arrested a cell of UAE and Saudi Arabian members of a “deviant group” which was planning to carry out militant attacks in both countries and other states. The phrase “the deviant group” is often used by authorities in Saudi Arabia to describe al Qaeda members.

In 2010, Al Qaeda in the Arabian Peninsula (AQAP), a merger of al Qaeda’s Yemeni and Saudi branches, said it was behind a plot to send two parcel bombs to the United States. The bombs were intercepted in Britain and the UAE emirate of Dubai.

The United States has poured aid into Yemen to stem the threat of attacks from AQAP and to try to prevent any spillover of violence into Saudi Arabia, the world’s top oil exporter.

Saudi Arabia has arrested thousands of suspected militants since attacks between 2003 and 2006 on residential compounds for foreign workers and on Saudi government facilities in which were dozens of people were killed.