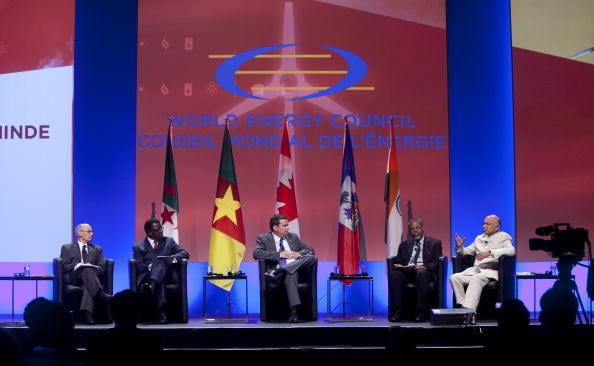 The event, convened every three years, attracts more than 5,000 industry experts and has never been held in an OPEC member country in its 90-year history.

The announcement came on the eve of the 22nd edition of WEC, taking place between October 13-17 in Daegu, South Korea.

Al Mazrouei said: “The UAE has a strong heritage of energy leadership. We have partnered without interruption with the world’s leading energy companies to ensure reliable oil and gas supply, and we are taking the same approach in new energy sectors, both domestically and globally.”

The nation is also rapidly diversifying its energy portfolio, with 2500MW of renewable energy and 5.4GW of peaceful nuclear power under development, along with large-scale investments in energy efficiency, carbon mitigation and development assistance.

The country plans to meet nearly 25 per cent of national demand through carbon-free power by 2020. Dubai alone aims to cut 30 per cent of energy consumption by 2030 and bring online 1000 MW of solar power.

Sheikh Sultan Bin Tahnoon Al Nahyan, chairman of Abu Dhabi Tourism & Culture Authority stated: “I can promise you that the entire city – every relevant stakeholder – is fully behind this pitch and a dedicated Host City committee will work tirelessly to ensure all aspects of logistics delivery are seamlessly executed.

“Abu Dhabi 2019 has a certain ring to it which I hope resonates with, and enthuses the decision-makers as much as it has us.”

The UAE capital, which hosts the headquarters of the International Renewable Energy Agency, also holds the annual Abu Dhabi Sustainability Week and the Abu Dhabi International Petroleum Exhibition and Conference (ADIPEC), the largest oil and gas event in the region.