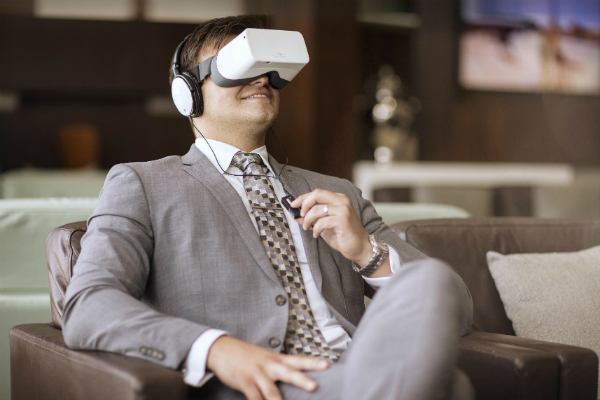 The airline aims to gather customer feedback during the month-long trial to determine the potential of the technology for lounge entertainment at the upcoming Midfield Terminal.

“By conducting trials such as this, we already understand that modern travellers expect more information and seek increasingly connected and immersive experiences which engage and entertain them on every level,” said Etihad vice president of guest experience and delivery Linda Celestino.

Dubai rival Emirates made a similar announcement on Thursday saying it would trial the same headsets at Dubai International’s Concourse B business lounge during April and first class lounge during May.

The carrier’s complimentary trials will offer a mix of 2D and 3D content including movies, box sets, documentaries and 3D video.

Emirates said it would roll out the experience to all of its lounges if it proves successful. 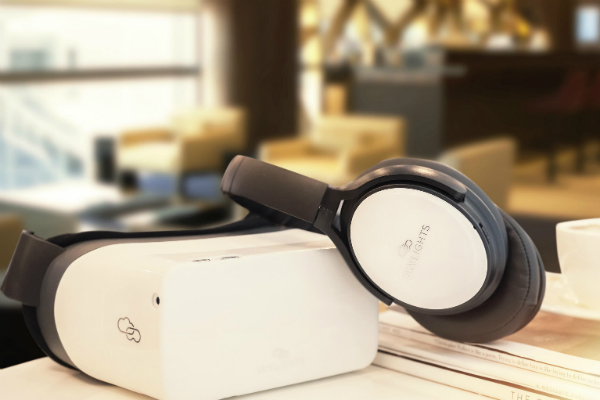 The SkyLights headsets offer high definition viewing and are paired with noise cancelling headphones for immersion. Each has a battery life of more than six hours.

Staff at both airlines will assist passengers with the experience during their respective trials.

Carriers across the world have been experimenting with virtual reality technology as a potential replacement for traditional entertainment systems.

Emirates’ Australian partner Qantas was among the first to embrace the technology after trialling VR headsets for first class passengers in partnership with Samsung in 2015.