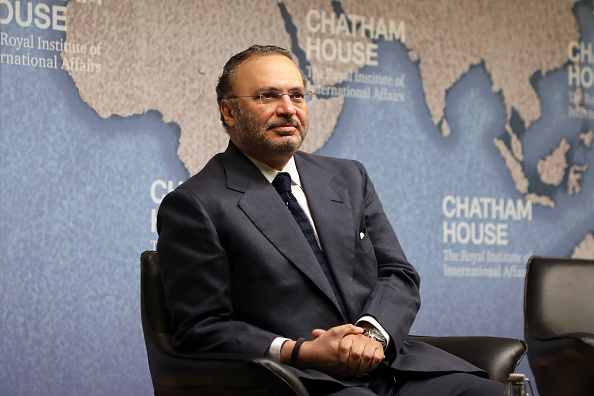 The UAE’s minister of state for foreign affairs has said Qatar is arranging celebrations marking a “a year of solitude and confusion” since the Gulf row began, amid reports the country recently enacted a ban Emirati and Saudi products.

Anwar Gargash said on Twitter that he had been told by a Western journalist that “press delegations were heading for Doha on paid holidays” to celebrate the anniversary of a boycott imposed by Saudi Arabia, the UAE, Bahrain and Egypt.

The four countries cut diplomatic, trade and transport links with Qatar on June 5 over its support of terrorist groups.

“After one year of Qatar’s crisis and isolation, the basic lesson learnt is the dominance of an impossible political ambition over the public interest,” Gargash said.

“Paid festivities are nothing but an exploited echo and in order to buy off your neighbour and your surroundings it is important to stop harming them.”

He added that Doha had failed to address the concerns of its neighbours, which have demanded it cut ties with Iran and close broadcaster Al Jazeera, but was instead “focussed on media and festivities”.

Read: Saudi says Qatar ‘regime’ would fall in a week without US support

Reuters reported on Sunday that the Qatari government issued an order banning products originating from the UAE, Saudi Arabia, Egypt and Bahrain a week ahead of the anniversary of the row.

“Products originating from the blockading states, which as a result of the blockade cannot pass the Gulf Cooperation Council Customs Territory, have to undergo proper import inspections and customs procedures,” a government statement read, according to the newswire.

“To protect the safety of consumers in the state of Qatar and to combat improper trafficking of goods, the government issued a directive to find new suppliers of the variety of goods impacted.”

The Ministry of Economy and Commerce issued circulars to the same effect to traders and shops and said inspectors would monitor compliance, according to local reports.

Although direct land, air and sea links have been closed between the four countries and Qatar for almost a year, many local products are still shipped through third-party countries.